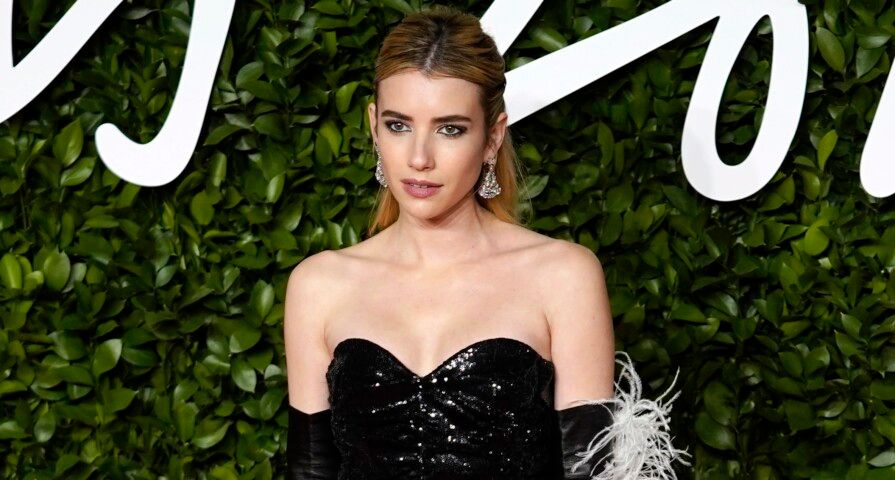 Emma Roberts has confirmed her pregnancy and revealed the sex of her first baby with boyfriend Garrett Hedlund!

The mom-t0-be took to Instagram to confirm the exciting news. She shared a series of photos with boyfriend Garrett Hedlund and her baby bump. She captioned the photo, “Me…and my two favorite guys,” revealing that they’re expecting a son. She also added two blue hearts in the caption. This announcement post came two months after reports first surfaced about Emma’s pregnancy.

Emma’s post has received many thoughtful comments from her followers, including her aunt, actress Julia Roberts. “Love you,” the Oscar winner wrote. Emma’s American Horror Story co-star Sarah Paulson also commented on her post, writing, “Beauty beauty.” Emma’s Scream Queens co-star Lea Michele, who also recently welcomed a son, wrote, “You will be the greatest mama. I love you Em! Boy moms together.”

Amid the speculation of Emma’s pregnancy in late June, fans reached out to Emma’s mother, Kelly Cunningham, to congratulate her on the baby news. “Thank you so much! Very excited,” Cunningham responded to one Instagram user. When another asked Kelly if Emma is pregnant, she wrote back, “Yes!!”

Congratulations to the happy couple on expecting their first child! Check out Emma’s social media post confirming the news below: