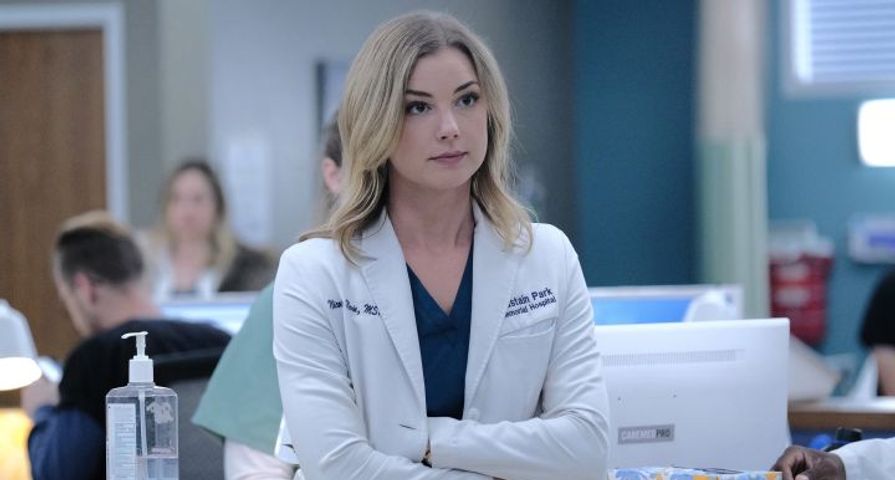 The Resident will be without one of its stars when it returns for season 5.

It has been confirmed that Emily VanCamp, who has starred on the series as nurse practitioner Nic Nevin for four seasons, is leaving the show.

Since neither Fox or VanCamp have made a statement concerning the exit, the actress did recently reveal that she and her husband, actor Josh Bowman, secretly welcomed their first child.

Despite the reason for her exit, it will make a major impact on the series as VanCamp’s character was the love interest of star Matt Czuchry, who plays Dr. Conrad Hawkins. The two characters married at the beginning of season 4, and Nic gave birth to the couple’s first child in the May finale. But a season 5 promo suggests that all is not well in the Hawkins household, as Conrad opens the door to cops who seem to have something serious to share with the good doctor.

In addition to VanCamp’s exit it has been revealed that Morris Chestnut will not be playing a series regular but will instead have a recurring role. Meanwhile Shaunette Renée Wilson, who plays Mina Okafor, is also leaving the series.

“After deeply thoughtful reflection, I approached the producers some time ago asking to leave the show and they agreed — and gave my character a wonderful sendoff,” Wilson told EW in a statement. “I am appreciative of them for allowing me to embody as beautiful of a soul as Dr. Mina Okafor. I would also like to thank the studio, network, cast, crew, and, most of all, the wonderfully dedicated fans of The Resident for their support over the last four seasons.”

The Resident returns Sept. 21 on Fox.