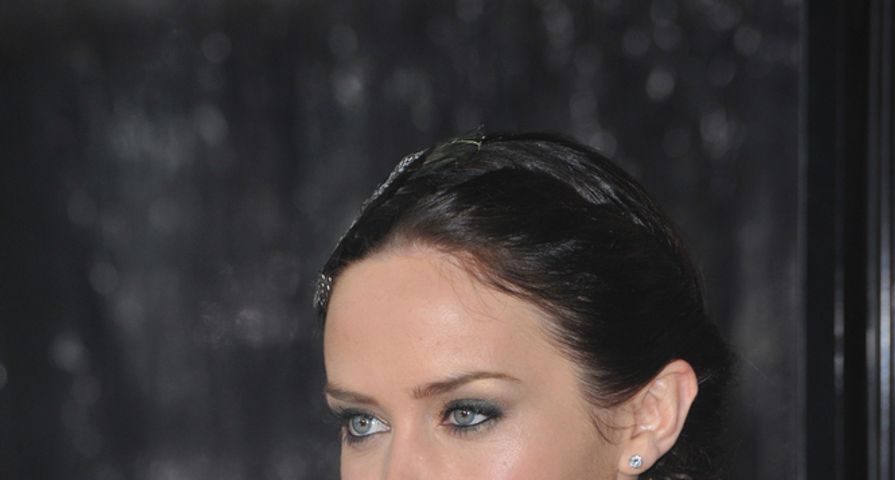 When two actors choose to do their own stunts, some crazy stuff can happen. Tom Cruise is no stranger to danger when it comes to doing his own stunts on set. In fact, there are very few stunts that Tom doesn’t do. But Emily Blunt? Eh. She’s pretty much a stunt rookie.

Emily stopped by Conan to promote her new film, Edge of Tomorrow, which opens tomorrow, June 6. During one scene, Emily decided to take the wheel of a vehicle, instead of calling in the stunt personnel, or having the production team rig the vehicle to a process trailer. According to her interview with Conan, Tom was warning her of impending danger before an accident occurred.

Did she really almost kill Tom Cruise? Nah. But she couldn’t avoid the accident. No one was injured. (We would have reported on that a few months ago.)

Tom has endured more than a few mishaps performing stunts on movie sets, and even in his personal life. He enjoys telling the story from his youth, when he tried to mimic a stunt performed by Evel Knievel–Tom almost killed himself. He has injured himself in many films, including the Mission: Impossible series, as well as Jack Reacher, when he had to do about 50 takes of kicking a guy in the balls. It wasn’t the guy who was injured, rather Tom’s foot.

Edge of Tomorrow is a big-budget action flick, and with The Amazing Spider-Man, X-Men and Captain America out of the way, it could be this summer’s sleeper. Doug Liman directed, and his action films are always entertaining: Jumper, Mr. and Mrs. Smith, The Bourne Identity, Go… the guy knows how to call the shots.

Check out the video below to hear Emily tell of the accident on set, and precisely how she crashed the car.