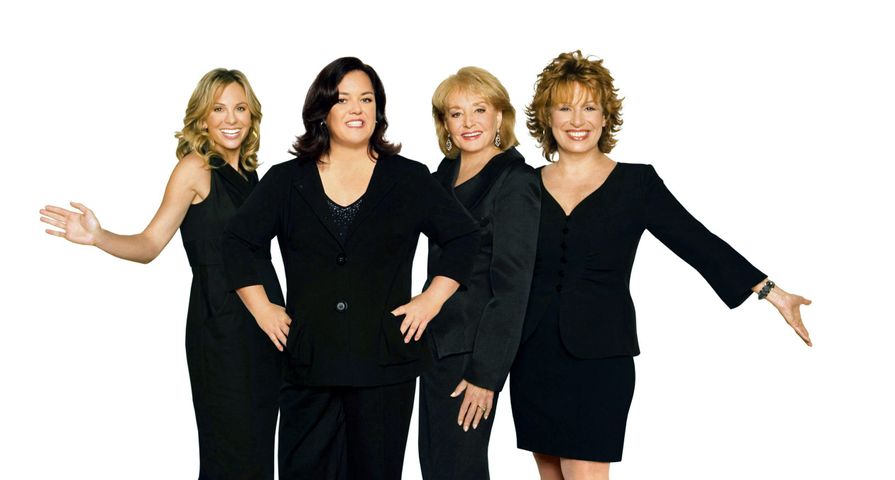 Elisabeth Hasslebeck was quick to respond after her former View co-host Rosie O’Donnell admitted that she had “a little bit of a crush” on her.

Hasslebeck appeared on Fox & Friends on Tuesday, March 26 where she responded to O’Donnell’s remarks which were made in an excerpt shared from Ramin Setoodeh’s upcoming book, Ladies Who Punch: The Explosive Inside Story of The View. In the book O’Donnell says “there was a little bit of a crush.”

“But not that I wanted to kiss her,” she claimed in an excerpt published by Variety. “I wanted to support, raise, elevate her, like she was the freshman star shortstop and I was the captain of the team. I was going to Scottie Pippen her. If I was Jordan, I was going to give her and the ball and let her shoot. But it was in no way sexualized.”

O’Donnell also said “I think there were underlying lesbian undertones on both parts,” claiming that she believed Hasselbeck had to be “at least a little gay” because she was on a Division 1 softball team. “I think this is something that will hurt her if you write it. She was the MVP of a Division 1 softball team for two years that won the finals. There are not many, in my life, girls with such athletic talent on sports teams that are traditionally male that aren’t at least a little bit gay.”

“Lord, help me,” Hasselbeck responded after taking a deep breath when asked about the claims. “This is how I believe this needs to be addressed—both truthfully and maybe where I would have addressed it with some grace in years past, and haven’t, I will now.”

She continued saying that O’Donnell’s comments were “reckless”, “untrue”, and “not only insulting [but also] disturbing when it comes to how she felt about somebody in the workplace.”

“That person happened to be me,” she continued. “But if you replace what Rosie said and you take her name out and you put in Ruben or Robert, then we would be in a situation where you would see the objectification of a woman in the workplace. And that’s disturbing because where we may be really against that when it comes from a man to a woman, you don’t get a pass because you’re a lesbian objectifying a woman in the workplace. You just don’t.”

Hasselbeck added that she was so upset that she turned to prayer. “I’ll be very honest. I read it and I immediately started praying. Because I’m like, ‘How am I going to handle this?’ In my old self, [this] would be another split-screen moment. But now I really feel like by God’s grace, I just started praying — and I pray now the Holy Spirit gives me the words to articulate this — but I think it can be addressed with both truth and grace.”

Despite being “disturbed” by the comments, Hasselbeck said she can forgive her former co-host.

“I can handle that with the grace of God because I need grace and I need forgiveness. So Rosie, I think it was disturbing to read those things and it was offensive to me, but I forgive her. I totally forgive you, Rosie,” Hasselbeck said. “I really hope that we can be at peace and that we can both hold our beliefs in one hand and hold each other’s hand in the other and still have a relationship that’s at peace.”