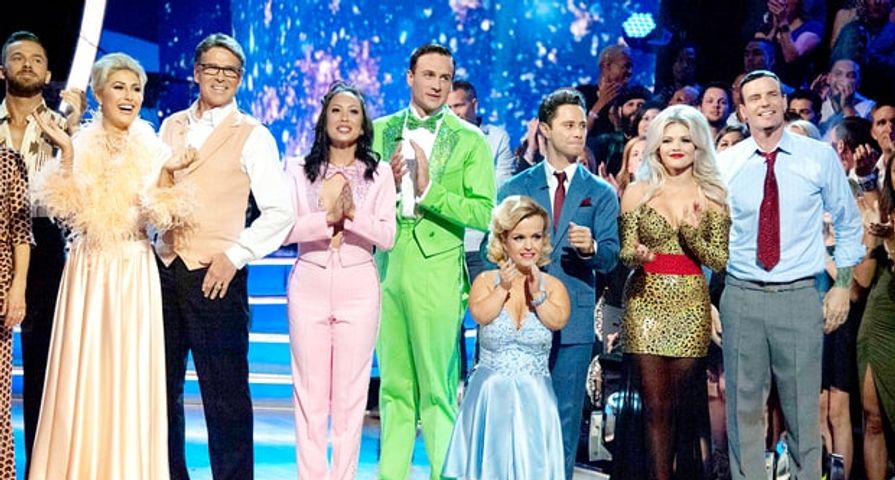 Season 23 of Dancing With the Stars may have only just begun, but one star and their pro partner have already been sent packing.

The Tuesday, September 20 episode did a drawn-out two hour special for its first elimination of the season, and right from the beginning, things were rocky as Erin Andrews had trouble reading her teleprompter.

Everything started off with recap footage of all of the previous night’s dances, but this time viewers could hear not only what the judge comments were during the dance, but what the pros were saying to their partners which added some extra entertainment as Bruno Tonioni states, “Oh, bless – oh no!” as Jake T. Austin and Jenna Johnson danced.

Of course, what everyone wanted to know was who was safe and who was going home, and to no surprise the first couple declared safe were Laurie Hernandez and Val Chmerkovskiy who were followed by a more shocking safe couple with Ricky Perry and Emma Slater.

With the lowest scoring pair officially safe there really was no telling who would be the first to go. Maureen McCormick and Artem Chigvintsev, Ryan Lohte and Cheryl Burke, Jake T. Austin and Jenna Johnson, and Amber Rose and Maks Chmerkovskiy were all in jeopardy but, in the end, it was Disney star Jake T. Austin who were eliminated, ending pro Jenna Johnson’s first season very early.

“It was so much fun. I had a blast,” Jake said of his short-lived Dancing With the Stars experience.