Did Kate Middleton Just Wear Her Most Casual Outfit Yet? 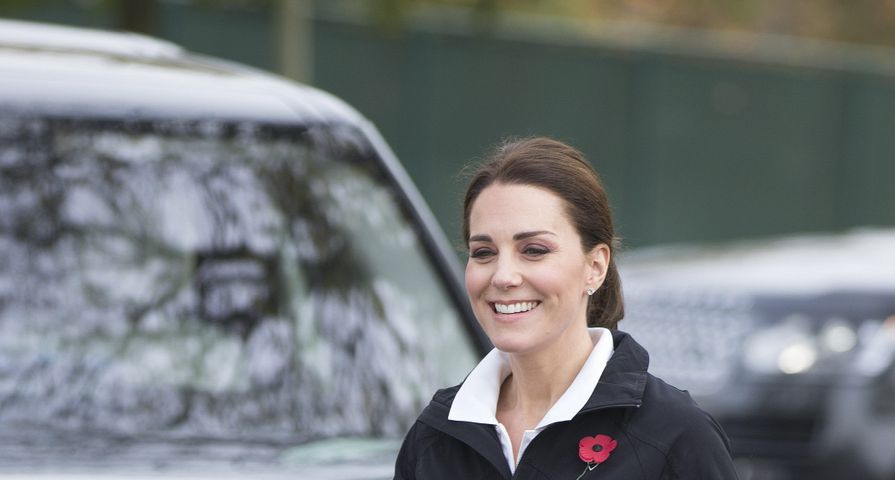 Duchess of Cambridge Kate Middleton is one of the world’s leading fashionistas! Her lace tea dresses, structured blazers and tweed suits are impossibly chic and have created a phenomenon of women vying to cultivate her preppy style in their own wardrobes.

After years of tracking Kate Middleton’s style we’ve noticed the one piece we rarely, if ever, see her in is casual track pants! She isn’t one to take on the athleisure trend like Kendall Jenner and Gigi Hadid and often opts for a more refined skinny jean and cashmere combo when it comes to casual street wear. On October 31 however, the always-polished royal was spotted wearing a pair of side-striped sweatpants, casual sneakers and an athletic-style sweater at the National Tennis Centre in London, England.

The look was definitely one of the most casual public outfits we’ve seen her in, but of course, she still looked totally put together and luxurious! She ensured the sweatpants were tailored properly to flatter her body rather than drowning her as many similar styles tend to do. She also kept the color palette monochrome in shades of black and white which made the look appear even more refined.

What do you think? Did Kate Middleton just pull off casual chic in the most royal way possible?