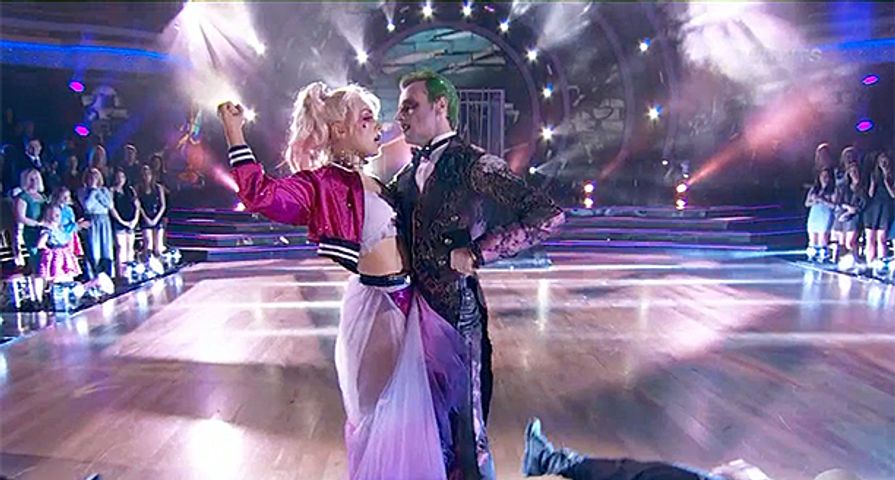 Honestly, it was a long time coming for the star who was eliminated from Dancing With the Stars in week eight of the competition. Halloween night on the show was full of creepy props, but really good dancing, yet someone still had to go home.

Laurie Hernandez and Val Chmerkovskiy had a massive comeback to the top of the leaderboard with a perfect score of 30 thanks to their mesmerizing Willy Wonka-inspired Viennese Waltz. Not to be out done though, as Calvin Johnson Jr. and Lindsay Arnold tied for the top spot with their Quickstep to “Dr. Bones” by the Cherry Poppin’ Doodles.

What fans didn’t expect, however, was a three way tie for first as James Hinchcliffe and Jenna Johnson who stepped in for an injured Sharna Burgess made an absolutely amazing Joker and Harley Quinn, and their Suicide Squad inspired Viennese Waltz landed them with a perfect score of 30 as well.

Of course, it couldn’t go well for everybody, and after the dance-offs it was Terra and Sasha and Ryan and Cheryl as the last two couples in jeopardy, but it was Ryan Lochte who was sent home. For many, they are surprised he lasted as long as he did!