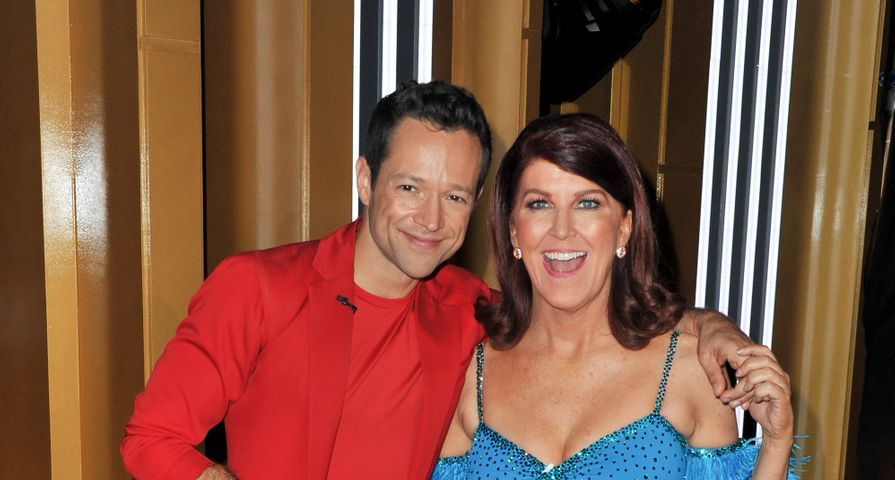 Week three of season 28 of Dancing With the Stars kicked off on Monday, September 30, and the week’s theme of Movie Night brought a lot of fun and flare to the dances!

While many of the stars got ready for another tough week, one celebrity called it quits. Ray Lewis revealed he had to drop out of the competition with Cheryl Burke after re-injuring tendons in his foot. Season 24 winner, and fellow football player Rashad Jennings stepped in to perform the cha-cha to “Twist and Shout” from Ferris Bueller’s Day Off.

It was a rough week for another former athlete as Lamar Odom and Peta Murgatroyd found themselves at the bottom of the pack after their cha-cha to “Old Time Rock and Roll” from Risky Business.  like to see you dance because you are so much fun, and I was optimistic about it because you were doing great,” judge Len Goodman said. “But the wheels fell off.” They ended with a score of 12 out of 30.

Not faring much better was Sean Spicer and Lindsay Arnold who danced a disco cha-cha with a Saturday Night Fever theme. “You’re a genius,” Bruno Tonioli added. “You turned Saturday Night Fever into a disaster blockbuster!” Their dance landed them with a score of 15 out of 30.

Rounding out the bottom three was Karamo Brown and Jenna Johnson. The Queer Eye stars danced a jive to “I’m Still Standing” from Rocketman. Despite relatively positive reactions from the judges, they still only scored a 16 out of 30.

Raising to the middle of the group was Lauren Alaina and Gleb Savchenko. The duo danced a tango with a Pretty Woman theme, which the judges seemed to love.  “This was full of attack, drive, and purpose,” Goodman said. “A little stop and start here and there but the tango you did was excellent.” They earned a 20 out of 30.  Also scoring a 20 out of 30 was Kel Mitchell and Witney Carson. The duo danced a rumba to “My Heart Will Go On” from Titanic.

After topping the leaderboard last week, Hannah Brown and Alan Bersten had a lot to live up to with their rumba to “Hold On” from Bridesmaids.  “You’re a wonderful, wonderful lyrical dancer,” said Tonioli. “You have to use the floor more and engage the lower half, push your feet through the floor.” The pair scored a 21 out of 30.

Another former leader of the scoring found himself slipping a little. Actor James Van Der Beek and Emma Slater danced a rumba to “Shallow” from A Star is Born. “You made your partner look fantastic. A real gentleman!” “You’re juiced every little ounce of emotion,” said Inaba. “It was stunning.” The pair earned a 23 out of 30.

Sailor Brinkley-Cook and Val Chmerkovskiy also scored a 23 out of 30 for their tango to her mother’s favorite movie, Mamma Mia!  “What a transformation,” added Inaba. “I felt everything you were doing. Huge congratulations for a huge leap forward.”

Ally Brooke also took a huge leap forward with her partner Sasha Farber for their rumba to “Dreaming” from Selena. “You are truly such an emotional dancer,” said Inaba. “That was unapologetically an amazing rumba.” The pair scored a 24 out of 30.

Tying Ally Brooke at the top this week in a huge surprise was The Office actress Kate Flannery. Flannery along with Pasha Pashkov took on a quickstep to Dolly Parton’s “9 to 5.” They got raving reviews from the judges as they danced to the top of the leaderboard.

Thanks to Lewis’ exit from the competition, there was no elimination for week three.