Home » Trending News » Dancing With The Stars Week 10 Recap: Who Is Headed To The Finals?

Dancing With The Stars Week 10 Recap: Who Is Headed To The Finals? 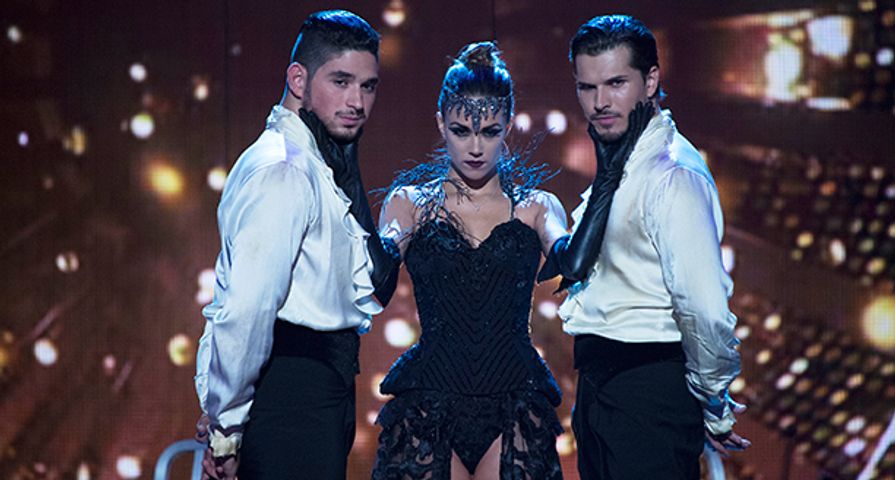 Dancing With The Stars 2019: Full Cast For Season 28 (With Pics)
(ABC/Eric McCandless)

On Monday, November 14, things really got intense on Dancing With The Stars as the remaining five couples pulled out all their best moves in an effort to reach the finale, but as always, someone had to go home. With so few couples left, each pair had to perform two routines, one of which is the difficult Trio Challenge which added another pro to the star and their original pro partner’s dance.

Laurie Hernandez and Val Chermokovskiy wowed by not getting just one, but two perfect scores! Their video package was completely heartbreaking as well as Laurie’s grandmother had passed away only one day before the video package was shot, and Laurie of course dedicated her routine to her grandma.

Right behind them was Terra Jole and Sasha Farber who also nabbed two perfect scores for their rumba, and their trio routine which added Artem Chigvintsev to their dance. Once again James Hinchcliffe and Sharna Burgess were impressive with their Argentine Tango which unfortunately landed them one point shy of a perfect score, but did land a perfect 30 on their trio dance with Jenna Johnson.

Falling to the bottom, however, were Jana Kramer and Gleb Savchenko, and Calvin Johnson and Lindsay Arnold, who received a 28 and 26 on their dances, but also got perfect scores for their trio routines.

In the end, despite two perfect scores on the week, it was reality star Terra Jole who could not be saved, which was understandably devastating after tying for first earlier in the night. “Sasha has been extremely supportive throughout this entire process. Honestly, I wouldn’t be here without him,” Jole said after the elimination.