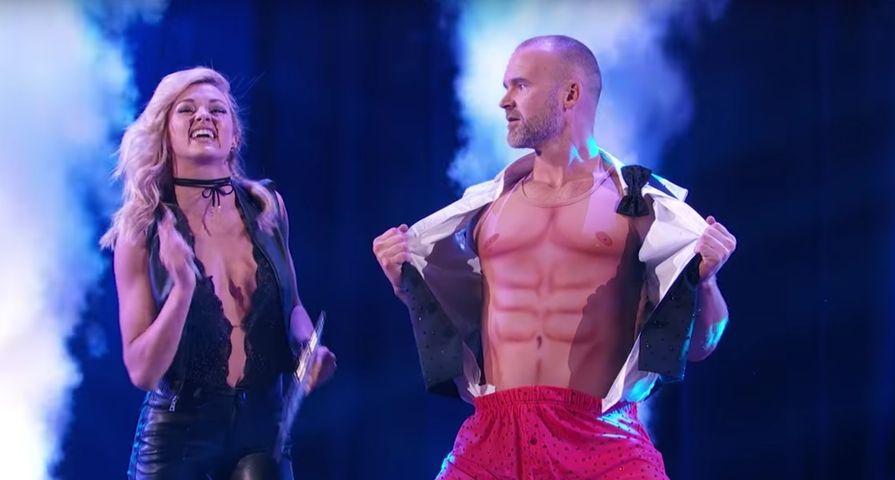 With its 24th season underway, Dancing With the Stars decided to try something new with its first ever Vegas Night! Since Vegas shows incorporate anything and everything when it comes to dancing and music, the remaining couples had a lot of room to work to form a routine, and the results were fantastic, while some were not.

It hasn’t taken long for some pairs to pull ahead of the group, and once again there was a pretty big divide between the good and those that are flailing. Landing at the very top of the leaderboard once again was Fifth Harmony’s Normani Kordei and Valentin Chmerkovskiy who have been fitting rehearsals in between Kordei’s tour schedule, but it hasn’t hindered them at all. The pair danced a Foxtrot which was so impressive they earned 34 points out of a possible 40. Right on their heels, however, were two other pairs: figure skater Nancy Kerrigan and her partner Artem Chigvintsev and former Glee star Heather Morris, who is dancing with Alan Bersten while her original partner Maks Chmerkovskiy recovers from his calf injury. Both pairs wowed the judges, leaving them with 33 points. Also coming close to the top were Simone Biles and Sasha Farber who danced a quickstep which earned them 32 points. Rounding out the top of the best was former baseball player David Ross and Lindsay Arnold, who danced a Magic Mike inspired Jazz, earning the pair 31 points.

Others who did well but not great landing somewhere in the middle was Rashad Jennings and Emma Slater who had been one of the most impressive pairs of all early in the competition. While the pair performed a solid Samba, it didn’t quite live up to the expectations the judges had formed after the two landed at the top of the leaderboard, leaving the NFL player and his pro partner with 28 points. Slightly behind them was Erika Jayne and Gleb Savchenko, but some technical errors left them with 26 points. Also earning 26 points were Nick Viall and Peta Murgatroyd who tackled a tango for Vegas week, and while Len commended Viall’s improvement, the dance wasn’t necessarily impressive and they also earned 26 points.

Falling to the bottom of the pack with each scoring only 24 points were Mr. T and Kym Herjavec, Bonner Bolton and Sharna Burgess, and Charo and Keo Motsepe. It was the biggest fall for Bonner and Sharna who had tied for the top of the leaderboard last week, but the judges were encouraging and told him not every dance could be the best.