Dancing With The Stars: Semifinals 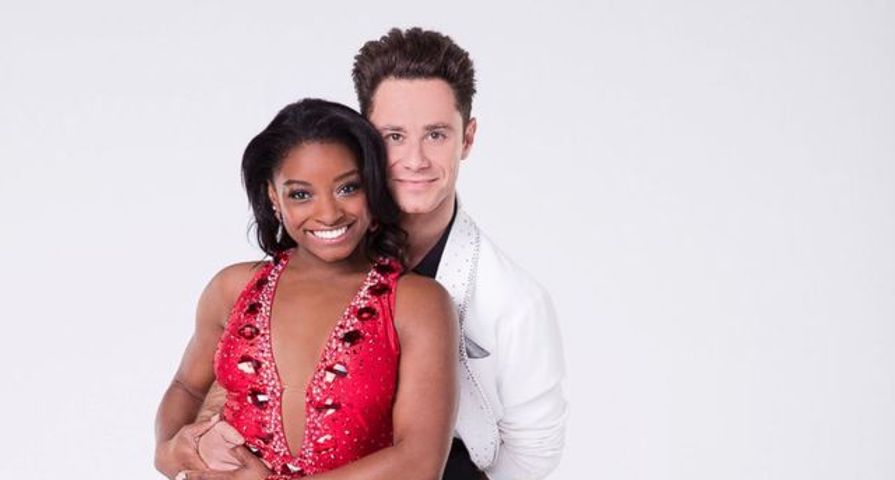 Tonight the finalists were revealed for next week’s season finale! However, many were left wondering if the right couple was sent home. Dancing with the Stars is no stranger to controversial eliminations, however this round left the judges speechless. The theme of this week was challenge and each of our couples were visited by a judge who gave them a challenge for their main dacne

Normani and Val kicked off the night with Viennese waltz with the coaching of judge Len. Len challenged the duo to perform 12 bars of pure Viennese waltz, no bells or whistles, focusing on frame and foot work. On our black and white screen Normani’s red dress illuminated the scene with each swift and precise movement.  Although Len stated the couple made him proud, there was a stumble that was noticeable due to Normani’s history of never making a mistake. They scored 3/40.

David and Lindsay followed  with a foxtrot after a week of  judge Julianne training David to “suck his lemon”. Essentially, David has shown a history of sticking his posterior out when performing the more traditional dances. So Julianne literally brought lemons to rehearsal and made sure David didn’t drop a single one. The method was clearly effective as the judges had nothing but positive things to say about his citrus holding abilities. However Len made a fair point, stating that although an improvement for David, it wasn’t overall a great dance compared to the level the other competitors are at. The pair scored 4/40.

Simone and Sasha with judge Carrie Ann as their coach, wowed the crowds with a fierce jive. Carrie Ann challenged Simone to truly connect to the performance, and show an unguarded version of herself on the dance floor.  Simone admitted that lasts weeks comments about her authenticity did sting, but it pushed her to really go all out this week. From perfection, to pure connection, Simone introduced us to a fiery dance  persona named “Zoey” and it was amazing. The couple won their fist perfect score of the season, and its about time!

Rashad and Emma’s rumba was done with a level of elegance we haven’t from Rashad before. The pair was coached under Bruno who challenged Rashad to refine his frame elongate his arm movements, and become more fluid. And wow, did Rashad come through. The passion that was emoted simply through Rashad’s movement as astounding. It truly was an exponential increase in raw dance talent from the past few weeks. The duo scored 38/40, with only a few wonky footsteps interrupting their near perfect score.

Following the main dances we watched each couple perform a piece that represented the challenges they have faced in their own life.

Normani and Val represented the challenges she has faced watching her mother relentlessly fight cancer as well as surviving the devastating Hurricane Katrina. Normani’s own Grandmother broke our hearts exclaiming “Is there a limit to proud?” The jaw dropping jazz performance to “What a Wonderful World” managed to get Len out of his seat to applaud the power couple! No surprising they won a perfect score.

David described his struggle being passed around from team to team and the harsh realization he had to face when he heard he had a reputation as “a bad guy”. We heard how David turned his attitude around to be a better role model for his kids and was able to end his career on the shoulders of his teammates. David and Lindsay tangoed into ours and the judges hearts and earned a 36/40.

Simone introduced us to a part of her life we had yet to truly understand in an exquisite rumba. The dance displayed the hard emotions Simone experienced giving everything up to pursue her gymnastics dream. However a balance beam in the back also played homage to the fateful moment when Simone showed too much emotion on beam, messed up, and took home a bronze instead of a gold. Much to the pairs delight, they earned their second perfect score of the night.

Rashad and Emma used a quickstep to portray his struggles growing up as a kid diagnosed with reading comprehension deficits. Rashad recalled how his childhood GPA of .6 made him feel worthless and stopped caring about anything. However when his parents enrolled him in private school, he had a chance to start fresh and Rashad defied all odds working harder than anyone thought he could, earning him a spot in the NFL. The lighthearted performance was awarded a 39/40 with Len holding the pair back from a perfect score due to “footwork problems”.

Normani and Val, Rashad and Emma where declared safe first.It was down to David Simone as the celebrities in jeopardy. Judges, audience members, even Erin and Tom all seemed absolutely shocked when David and Lindsay were declared safe, which meant Simone and Sasha would be sent home. Although David has shown immense progress, Simone has been consistently a better dancer. However, you can’t forget Simone’s intensive training as a gymnast, so is it fair to compare the two? David himself looked shocked that he was chosen to continue own, however Simone demonstrated complete composure while thanking everyone for her time on the show.