Dancing With The Stars Season 28 Week 7: A Thrilling, Ghoulish Event 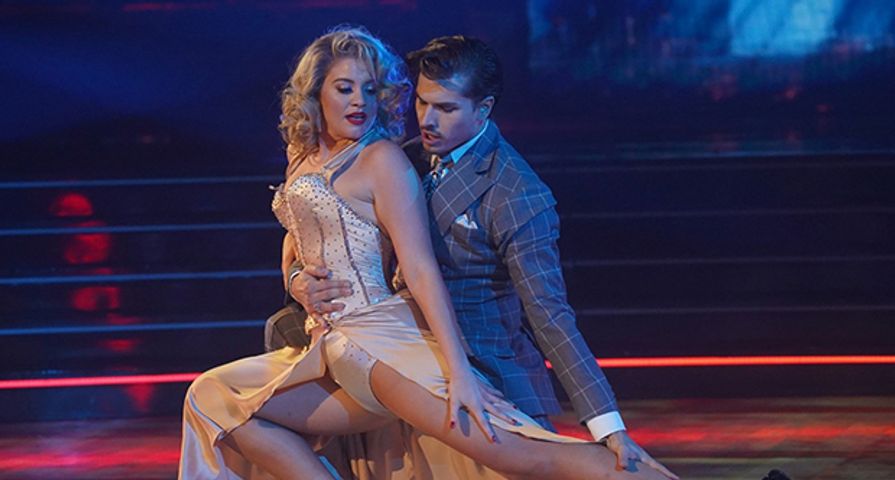 Week seven of season 28 of Dancing With the Stars got spooky on the dance floor for Halloween night!

Last week was Disney Night, and this week’s episode focused on the spirit of Halloween, making it the coolest theme and the most anticipated event of the year. Eight couples stepped onto the dance floor with monstrous suits and devilish gowns.

This week, Karamo Brown and Jenna Johnson successfully managed to impress the judges after dancing a Paso doable to Beyonce’s “I’m a Survivor.” The judges praised Karamo for showing the dedicated he needed to survive this competition and scored an impressive 25 out of 30 points.

Unfortunately, Sean Spicer and Lindsay Arnold failed to impress the judges again. They landed in the bottom with a meager 18 out of 30 points after they danced a scary (and poorly timed) jive dance to the iconic Halloween song “Monster Mash.” Judge Len Goodman critiqued the dance and Spicer’s dancing skills, “You know you are not the best dancer on the show. But you always come out and try your hardest.” And Judge Bruno Tonioli added, “The jive was six feet behind. Your timing is not your strong suit.”

Kate Flannery and Pasha Pashkov made the judges and audience go wild with their rumba performance. “That was a beautiful and haunting rumba,” Tonioli stated. “You were oozing this kind of confidence,” said Carrie Ann Inaba. “You were shining very brightly.” The pair scored a total of 24 out of 30 points.

While Hannah Brown stepped onto the stage with a tiara in hand with her partner Alan Bersten, the judges weren’t so quick to crown her the queen of the dance floor. Inaba commented on how Hannah is too “disconnected from the movements. It’s almost like there is a bit of shyness to you.” Although they received some negative feedback, the pair received a score of 25 out of 30 points.

Ally Brooke and Sasha Farber performed a tango, which had Ally’s pigtails flying everywhere and working overtime. Carrie Ann Inaba praised the pair and said, “Halloween is en pointe. Everyone is bringing their A-game! I’m so glad you’ve come back to life with a terrific tango. I congratulate you, Sasha. Lots of proper dancing.” They scored a 27 out of 30.

The country singer, Lauren Alaina, dressed up as a vampire and danced the Argentine tango to “Whatever Lola Wants.” While Lauren was all smiles during her performance, the star admitted that she was dancing with a painful fracture to her ribs. Pushing through the pain led to positive feedback from both Inaba and Goodman. “You are evolving as a dancer, every minute every day,” said Inaba. “You were so full of Argentine characterization,” Goodman added. “Well done.” Lauren and Gleb Savchenko received their first nine from Goodman, leaving the two to score 27 out of 30 points.

Kel Mitchell mastered the jive routine to The Rocky Horror Picture Show‘s “Time Wrap” while wearing a slimy, green lizard costume. “You were rocking and I was reeling,” expressed Goodman. “I love the fact you’ve taken a cult classic but you reimagined it,” said Tonioli. Kel Mitchell and Whitney Carson earned 27 out of 30 points.

Despite a minor slip up on the dance floor, James Van Der Beek and Emma Slater managed to charmed the judges with their Viennese waltz, and the pair scored an impressive 27 out of 30 points. “You were like the prince of darkness, pulling all the strings,” commented Tonioli. “It was such a powerful performance.” “It was so flawless and so powerful,” added Inaba.

Halloween night also had a treat for audiences — the first team dances of the season! Team Trick consisting of Hannah, James, Ally, and Lauren danced to “Somebody’s Watching Me?” and really impressed the judges to get a score of 27 out of 30. Team Treat consisting of Karamo, Sean, Kel, and Kate danced to “Beautiful Nightmare” and while they also received praise, it wasn’t enough to beat the other team with a final score of 24 out of 30.

After calculating – both the judges’ scores from this week and last week and the audience live scores – the audience saw Karamo and Jenna and Kate and Pasha as the two bottom couples. The results came as a surprise to many, as both pairs performed well this week. However, Goodman had to make a decision on which pair should leave, and his choice was Karamo and Jenna.