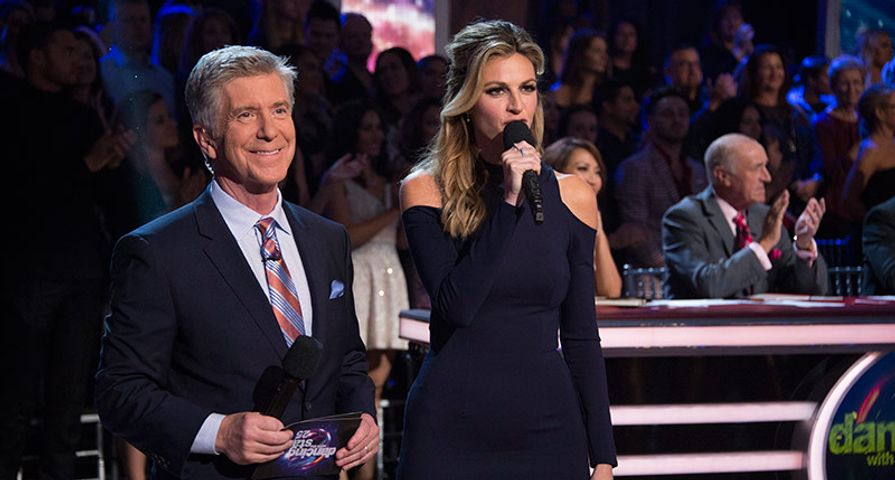 With only a few days to go before the entire cast of Dancing With the Stars season 28 is announced on Wednesday, August 21 on Good Morning America, the show is building anticipation by dropping hints about the celebrities who will be competing, and now there are two more!

On Saturday, August 17, another black-and-white shot of a contestant was shown, but not of her face, and the caption teases, “We’d LOVE to tell you who this is… But we’re going to make you wait a few more days. 😏 Any guesses? #DWTS.” Fans were quick to use their detective skills to seemingly figure out that it is none other than The Bachelorette’s Hannah Brown. “That’s deff Hannah I looked at her most recent she’s got the same hand freckles,” one follower wrote.

The following day, another image was shared with a male holding a large disco ball in front of his face with the caption, “This star has legendary ball skills. He’s ready to WORK for the Mirrorball trophy! #DWTS.” While it is obvious it is an NBA player, guesses have ranged from Michael Jordan to Scottie Pippen, to Dwyane Wade. “It’s dwayne wade ! He just followed Erin Andrews!” one follower wrote.

The first hint was dropped on Thursday, August 15, on the Dancing With the Stars Instagram page where a female contestant can be seen but her face is blocked by a smiley face mask, and the caption reads, “We can’t wait to sing these names from the rooftops! 😄 Who do YOU want to see in the #DWTS ballroom this season?” While the guesses vary for that contestant, the second hint was much easier to figure out!

On Friday, August 16, the series shared an image on Instagram showing a Florida A&M Rattlers banner, a sign that reads “It’s all fun and games until you enter the Real World” and more clues and asked fans to guess the celebrity they were hinting at. “Decode the clues! 🔎 You might be a cultural genius if you can guess who this star is. #DWTS,” the caption reads beside the post. Fans were easily able to deduce that the post was pointing towards Queer Eye star Karamo Brown.