Home » Trending News » Dancing With The Stars Season 28 Semi-Finals: Who Will The Judges Be Mentoring?

Dancing With The Stars Season 28 Semi-Finals: Who Will The Judges Be Mentoring? 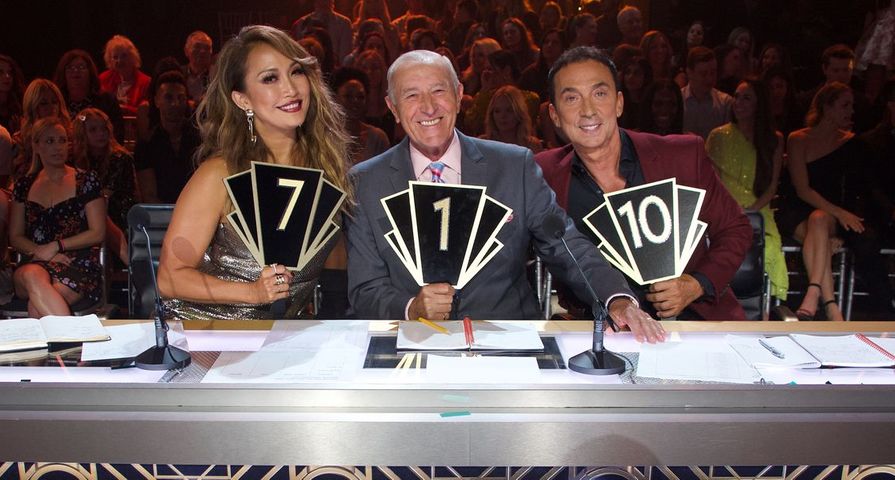 Dancing With the Stars semi-finals will begin next week on Monday, November 18, and the remaining couples will need to kick it into high gear as the stakes are higher than ever if they want to move on to the finals.

On Monday’s upcoming show, the first round of the competition will focus on celebrities performing a “redemption dance.” This “redemption dance” will allow stars to repeat a style of dance they struggled to perform earlier in the season and set to a new song. The judges will also get involved and will mentor the pairs on how they can improve certain dance moves or dancing skills.

Judge Len Goodman will work with country singer Lauren Alaina and her pro partner Gleb Savchenko, who will work together to master a pas doble routine to “Stronger” by Kelly Clarkson. Goodman will also mentor former Fifth Harmony member Ally Brooke and Sasha Farber who will focus on mastering a Viennese waltz to Ed Sheeran’s “Perfect,” as well as James Van Der Beek and Emma Slater as they will be concentrating on the cha-cha to Jamiroquai’s “Canned Heart.”

Judge Carrie Ann Inaba will mentor Bachelorette Hannah Brown and Alan Bersten with their rumba dance to “Dancing with a Stanger” by Sam Smith and Normani.

Lastly, judge Bruno Tonioli will guide Kel Mitchell and his partner, Whitney Carson, tango to “Get Ready” by The Temptations.

In the second round of the competition, we can expect to see Alaina and Savchenko dance the Viennese waltz to “Humble and Kind” by Tim McGraw. Mitchell and Carson will carry out a contemporary routine set to “I Will Always Love You” by Whitney Houston. Next, Brown and Bersten will perform a contemporary dance routine to Selena Gomez’s “Lose You to Love Me.” Then, Brooke and Farber will execute a Charleston to “Sing, Sing, Sing” by Ray Chew Live. Lastly, Van Der Beek and his partner Slater will perform a foxtrot to “Take Me to Church” by Hozier.

On last week’s episode, fans of Dancing With the Stars saw Sean Spicer eliminated for the show. The former White House press secretary revealed that he had a “good time” and made “a lot of friendships” during his run on the show, but also couldn’t help but feel “somewhat disappointed” about being eliminated to PEOPLE.

“The judges made the right decision on a night where you had two dances,” Spicer told PEOPLE. “The scores were going to be very difficult to overcome.”