Dancing With The Stars Season 28 Sees Most Surprising Elimination Yet 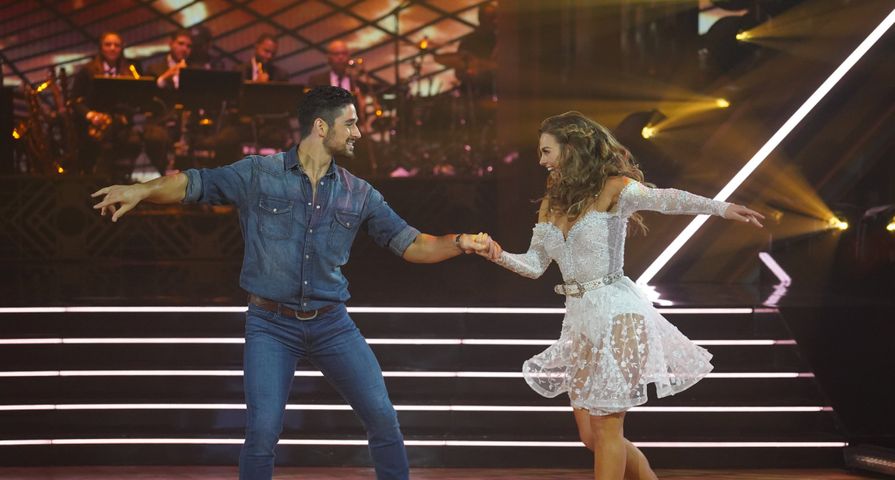 Week six of season 28 of Dancing With the Stars saw some highs and serious lows for the celebrity contestants remaining, and it all ended with the most surprising elimination yet!

Once again Sean Spicer and Lindsay Arnold found themselves at the bottom of the pack after dancing a Viennese waltz to “Somebody to Love” which he dedicated to his wife. Despite positive comments from the judges, the pair only scored a 21 out of 30.

Pulling just ahead of Spicer and Arnold was Hannah Brown and Alan Bersten with their samba to a Carrie Underwood tune. It’s hard to combine that country flavor to the samba motion,” admitted judge Bruno Tonioli. “You have to soften your leg and ease yourself into the rhythm.” The pair scored a 24 out of 30.

Karamo Brown opened up about coming out to his dad when he was only 10 years old, and then delivered his best performance yet. Karamo and Jenna Johnson danced a contemporary number that scored them their first 8 and first 9 for a score of 25 out of 30.

Ally Brooke and Sasha Farber did a dynamic quickstep to “Take on Me” dedicated to Brooke’s mother. Despite some missteps, the pair still earned a 25 for their dance.

Country singer Lauren Alaina and Glen Savchenko also tackled a contemporary dance to Alaina’s very own song that honors her stepfather who passed away last year from cancer.  “You are a brave woman, dancing tonight to that song,” said Inaba. “I want to thank you because you touched all of our hearts tonight. You should be proud of what you did tonight.” The emotional dance earned the pair a 26 out of 30.

Kel Mitchell and Witney Carson also scored a 26 out of 30 for their quickstep to “Part-time Lover” which earned them a standing ovation. After a lot of praise from the judges, as well as some scolding from Len because Witney tripped over her dress and threw things off briefly in the dance, the pair still earned a 26.

Kate Flannery has continued to impress week after week and once again stole the show with her Viennese waltz with Pasha Pashkov to a ballad from The Bodyguard. Flannery earned her first 9s for a score of 27.

After calculating the judges scores and the audience votes, to everyone’s dismay it was Ally Brooke and Sasha Farber, and Sailor Brinley-Cook and Val Chmerkovskiy in the bottom two! Of course, it came down to the judges to decide who to save it wasn’t any easy decision. “First of all, I’m shocked at this result right here that’s happening. I have to make a choice and Sailor, tonight, I really felt like you came into your own tonight and you had a wonderful performance, but the couple I want to save is Ally and Sasha. You’ve proven yourself over and over again,” Inaba said.

“This really is incredible. It’s a position I wish I would never ever be in because both of you have been fantastic and inspiring,” said Tonioli. “But I have to base my decision on the past few weeks and because of that, I think the couple that has the edge are Ally and Sasha.”

Sailor was too upset to speak after the elimination which Tom Bergeron even said was “shocking” but Val did say, “I’m so proud of her. She’s a star. This was just an appetizer to an incredible career.”