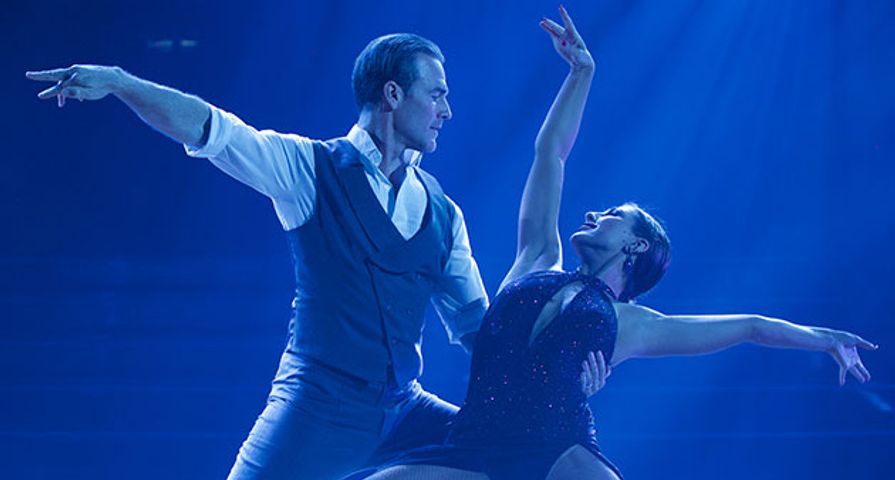 After a one year hiatus, Dancing With the Stars waltzed back on to the small screen again last night with the premiere of season 28, and this time going into the season fans had no idea which celebrity was paired with which pro!

As for how the celebs actually fared during their first night on the dance floor? Some hit some highs while others were quick to be questioned for their skills. Lamar Odom’s height was a detriment to his foxtrot with Peta and the pair only scored an 11 out of 30.

Former White House Press Secretary Sean Spicer shone bright with his lime green shirt during his salsa with Lindsay, but it lacked finesse leaving the pair with a 12 out of 30.

The Office’s Kate Flannery gave it her all with new pro Pasha Pashkov and while Len Goodman called her “sure-footed” she only scored a 15 out of 30. Joining Flannery with a score of 15 was former NFL player Ray Lewis and Cheryl Burke.

Comedian and actor Kel Mitchell and Witney Carson pulled away from the middle with a score of 16 out of 30 for their tango. Also scoring a 16 was singer Ally Brooke and Sasha Farber for their cha-cha which caused Goodman to say, “There’s a lot of sort of Beyoncé stuff that I’m no fan of. But you’re a very competent dancer.”

Queer Eye star Karamo Brown proved he has style on and off the dance floor with his salsa with partner Jenna Johnson which scored them a 17. Supreme singer Mary Wilson also impressed with her foxtrot with Brandon Armstrong, also landing them a 17.

The surprise of the night was no doubt Sailor Brinkley-Cook who earned an impressive 18 out of 30 for her foxtrot with Val Chmerkovskiy which she learned in only three days after stepping to compete for her mother after Christie Brinkley broke her arm in rehearsals.

Making their way closer to the top was Lauren Alaina and Gleb Savchenko who earned a 19 for their Flashdance style cha-cha. Meanwhile former Bachelorette Hannah Brown and Alan Bersten earned a 20 out of 30 for their cha-cha. Topping the whole night was Dawson’s Creek actor James Van Der Beek who charmed the whole audience with his tango with Emma Slater, earning a 21 out of 30!