Home » Trending News » Dancing With The Stars Season 24 Premiere: Who Stood Out Right Away?

Dancing With The Stars Season 24 Premiere: Who Stood Out Right Away? 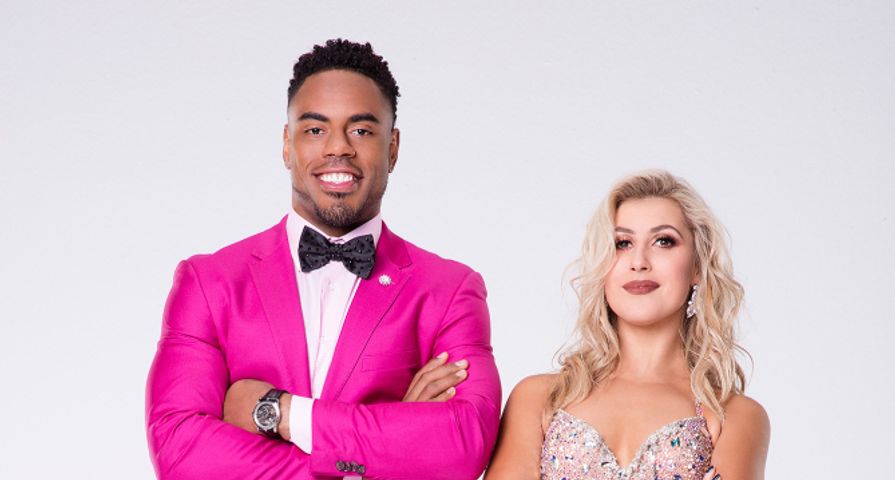 Dancing With the Stars is back! On Monday, March 20, season 24 of the beloved dancing competition series kicked off, and it also marked the series’ 400th episode! With 12 stars ready to show off their stuff with their pro partners, everyone from fans to judges were eager to find out who was going to stand out, and the answer might be surprising.

As always, there were dances that ranged from good to room for improvement to just awful. Former figure skater Nancy Kerrigan proved that despite not being in the Olympics for quite some years now, she hadn’t lost an ounce of talent or grace. She and pro partner Artem Chigvintsev performed a wonderful Viennese waltz that received praise from the judges, but needed some work earning her 28 out of 40 points. As for much-buzzed about competitor, former Glee star Heather Morris, she and Maks Chmerkovskiy tied with Kerrigan and Artem with 28 points despite the fact that Morris is a trained dancer. Also landing with a solid 28 was none other than Dancing With the Stars‘ first ever baseball player, former Chicago Cubs player David Ross, who was paired with Lindsay Arnold. It seemed not having many expectations for Ross’ dancing skills was to his benefit as he ended up blowing the judges away with his quickstep.

Not to be left out, but falling just short of the night’s high 28 scores, Fifth Harmony member and her partner Valentin Chmerkovskiy landed themselves 27 points for their quickstep.

Landing somewhere in the middle was Real Housewives star Erika Girardi and her partner Gleb Savchenko. Dancing a salsa, the pair were good but not great and got both praise and criticism from the judges, ending up with 24 points. Also racking up 24 points was another reality star, Nick Viall, who is hot off his stint as the Bachelor and is paired with new mom Peta Murgatroyd. The two danced a cha-cha, which many of the judges seemed surprised it went as well as it did. Right behind them and rounding out the middle of the group was professional bull rider and model Bonner Bolton and his pro partner Sharna Burgess. They also danced a cha-cha and although Len Goodman told them they had “great potential” it only got them 22 points.

As for those who really didn’t impress at all was Charo paired with Keo Motesepe, who danced with energy but ended up with 21 points. Mr.T and Kym Herjavec also failed to impress, although the judges loved Mr. T’s great attitude and the pair only got a 20. Coming in dead last, and well below the rest of the group was Chris Kattan and Witney Carson who only got 17 points for their cha-cha.

No, we didn’t forget anyone, we are just saving the best for last! To no one’s surprise, Olympic gymnast Simone Biles and her pro partner Sasha Farber blew the competition away with their tango. Already labeled the “power couple” of the season, the two landed in first place with 32 points. That leaves one star, however, and to everyone’s complete surprise he landed only one point behind Biles, and it is none other than the NFL’s Rashad Jennings! The running back, along with Emma Slater, absolutely dazzled the judges with their cha cha, and had the best dance of the night…unfortunately Simone Biles still had to dance. Regardless, he made himself known as a huge factor in the competition and the judges and other stars took notice!