Dancing With The Stars Season 24 Finale 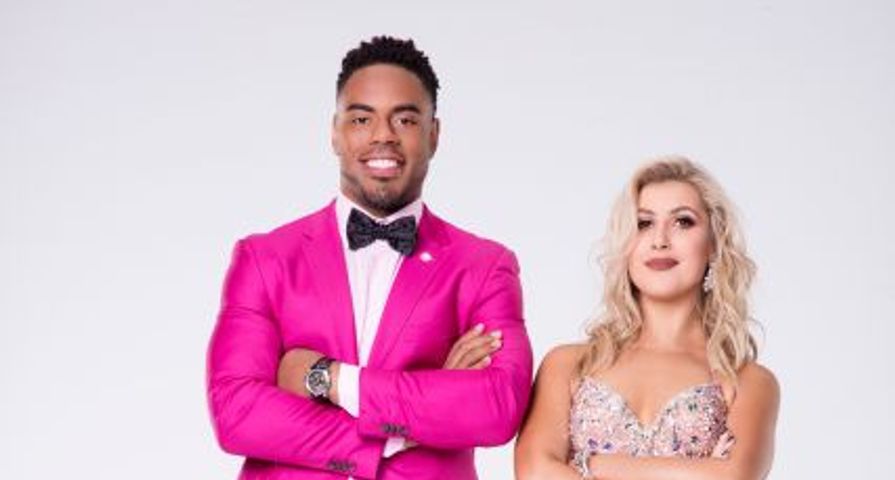 The night has finally arrived, the winners of Dancing with the Stars Season 24 have been announced! The night was full of performances from hit artists such as TLC, Hailee Steinfeld, Lady Antebellum, and One Republic. We were able to get a taste of what the professional dancers are truly capable of through their amazing and high energy group performances. Heather Morris, who controversially came in 8th place, even joined the ladies dance and absolutely rocked it!

Contestants from the season such as Mr. T, Charo, Nick Viall and Bonner Bolton were all featured throughout the episode. Nancy Kerrigan and Artem re-performed their fiery samba from Vegas week.  Heather and Maks danced beautifully while TLC serenaded us with their hit song “Waterfalls”. Simone and Sasha brought an instant smile to our faces when re-performing their Moana themed dance from Disney Night. Whether it be through Mr. T’s interesting rap about dance, Charo’s celestial guitar playing skills or witnessing Nick and Maks bromance it was so nice to see all the contestants again.

Our Top 3 were then able to re-perform some of their favorite dance numbers from the season. David and Lindsay took on their Vegas performance, you remember, the one with the fake abs? Rashad and Emma really took a stroll down memory lawn recreating their first ever dance on the show. Normani and Val performed their salsa from earlier in the season and Bruno and Len even made a guest appearance on the stage with them in full construction gear.

Then came the final performances. Each of the remaining contestants had one last chance to win over the judges and add to their final scores. Lindsay and David went first with a foxtrot and salsa fusion that was probably one of David’s most fluid dances of the season. David has definitely been the “people’s champion” throughout this season, which the judges have loved. The pair earned a 36/40.

Normani and Val followed with an Argentinian tango and foxtrot mash up and it was fiesty to say the least. Each movement was sharp, clean, precise and yet still had a fun flair to it. The pair  received a deserving perfect score for the routine.

Rashad and Emma put everything on the floor with a cha cha and tango number that as Bruno described, was a supernova on the dance floor. After the stunning performance it was announced that Rashad will be joining the dance tour this summer! The dynamic duo scored a near perfect 39/40 (Len of course was the only judge to find a flaw with the performance).

The much anticipated results were finally revealed. Normani and Val, much to everyone’s surprise came in third place. The live audience visually looked shocked and disappointed with the results, even the judges seemed upset by the news. However, Rashad and Emma were the ones to pull through as the season 24 winners, with David and Lindsay as their runner ups. Rashad, had put in 360 hours of rehearsal into the show, over 100 hours more than the other finalists, he definitely put his all into the season. Congratulations Rashad and Emma!