Dancing With The Stars Season 23 Finale: Who Took Home The Mirrorball? 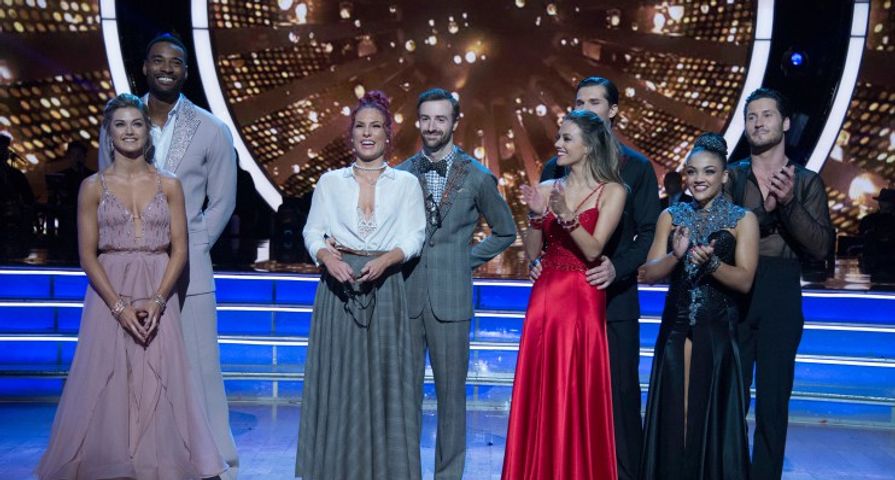 After a long, and fierce competition, Dancing With the Stars‘ 23rd season came to an end with Tuesday, November 22nd’s episode.

Eleven weeks and countless dances later, it all came down to the final three which was Laurie Hernandez, James Hinchcliffe, and Calvin Johnson after Jana Kramer’s elimination in part one of the finale. The three hour event was quite long, but also worth it as it was the first time in the show’s history that all three finalist were athletes, and there really was no telling who would win given how close the competition really was between the three and their partners.

The episode featured everything from dances from past contestants, flashbacks from highlight moments of the season, and performances from singers including former contestants Andy Grammer and Jana Kramer.

After almost three whole hours it took until 10:57 for Tom and Erin to reveal that the couple in third place was Calvin Johnson and Lindsay Arnold, leaving just James Hinchcliffe and Laurie Hernandez vying for the Mirrorball.

Eventually, with just the two dancers left, it was announced that Laurie Hernandez and Val Chmerkovskiy were this season’s Mirrorball winners, which wasn’t too surprising since Hernandez had been the frontrunner almost the entire season. “I just want to thank everyone for the support along this crazy roller coaster,” Laurie said after the win. Val added, “To all the kids out there, you don’t have to wait until you’re grown up to change the world.”

Do you think the right star won this season?