Home » Trending News » Dancing With The Stars Recap: Who’s Headed To The Finals?

Dancing With The Stars Recap: Who’s Headed To The Finals? 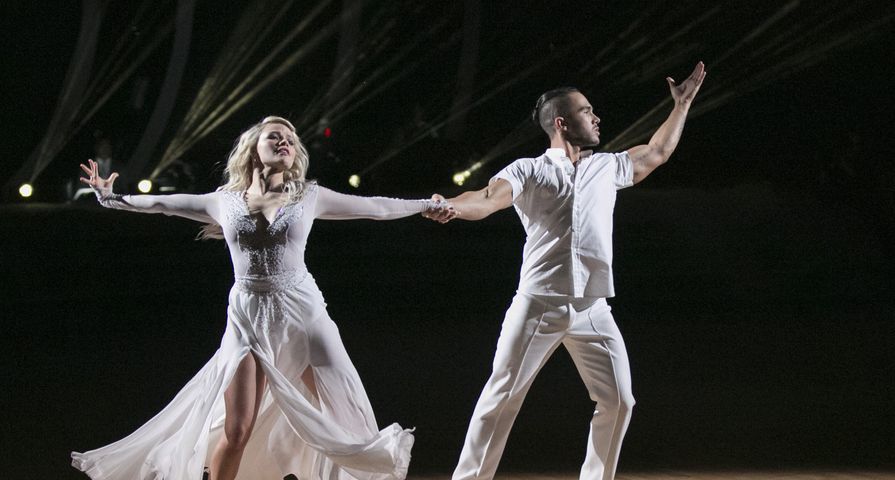 It was a suspenseful night on Dancing With the Stars as only four couples remained after Tamar Braxton was forced to exit the show due to health concerns.

Each of the four couples had to perform three dances in the two-hour episode, with two individual dances and one dance-off routine, and each winning couple from the dance-offs getting three extra points to their score.

It was a big night for Alek Skarlatos, who had been faltering throughout the season but ended up pulling off a beautiful waltz with his partner Lindsay Arnold and ended the night with a score of 57 going into the semifinal.

Carlos PenaVega and Witney Carson got mixed reviews for his contemporary routine, and for one of the rare times this season Bindi Irwin did not get a perfect score.

The dance-offs were won by Carlos and Witney over Alex and Lindsay, and Bindi and Derek won their round over Nick and Sharna, sealing the extra points. While many fans asked for Alexa PenaVega to come back as Tamar Braxton dropped out only days after Alexa was voted off, she did not return but host Tom Bergeron did wait until the last moments to inform the final four that no one would be sent home because of Braxton’s earlier exit.