Home » Trending News » Dancing With The Stars Recap: Who Was The First Season 24 Star Sent Home?

Dancing With The Stars Recap: Who Was The First Season 24 Star Sent Home? 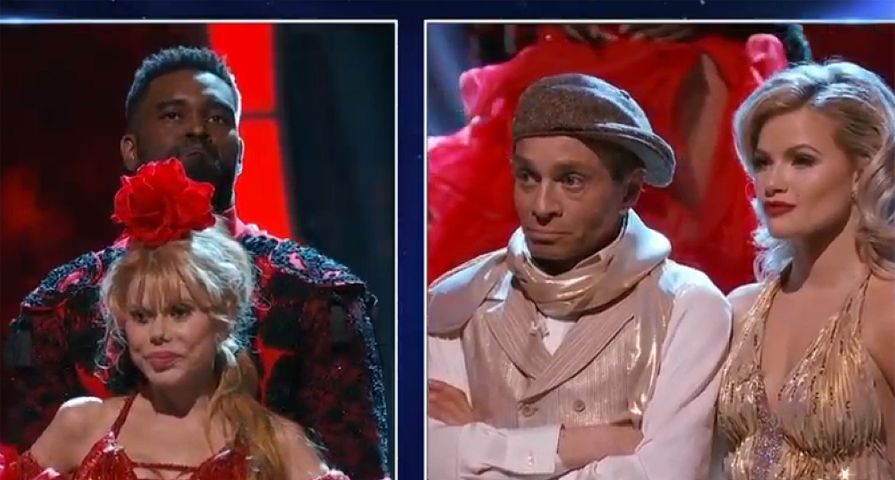 It seems just as quickly as the newest season of Dancing With the Stars started for one celebrity, it has come to an end. Week two of season 24 saw some more incredible dances, as well as some not so incredible ones, and eventually someone had to be the first contestant sent home.

The first week of the season saw some pretty amazing skills for only week one of the competition and fans, judges and contestants were excited to see who would be able to keep up with the high expectations set. Coming out at the top of the leaderboard for the night was Fifth Harmony’s Normani Kordei and Valentin Chmerkovskiy who were rewarded an amazing 32 points for their cha-cha. The most impressive part is that the pair have been scheduling rehearsals around her touring schedule and were jetting off to China after the show! Not to be outdone though was last week’s highest scorer, NFL player Rashad Jennings. Jennings along with his pro partner Emma Slater completed a Viennese waltz, and Jennings opened up about his sad inspiration for the dance which also landed him with 32 points!

Coming in just shy of the leaders was none other than Heather Morris which was extra impressive as her pro partner Maks Chmerkovskiy is now indefinitely sidelined from the competition because of a calf injury. Morris instead danced a jive with stand-in partner Alan Bersten, earning 30 points.

Coming in at the middle were several couples who earned around 27 to 29 points which included Bonner Bolton and Sharna Burgess, Simone Biles and Sasha Farber, Nancy Kerrigen and Artem Chigvintsev, Erika Jayne and Gleb Savchenko, and David Ross and Lindsay Arnold.

Of course it couldn’t go well for everyone and some of the dancers failed to impress this week. Nick Viall and Peta Murgatroyd danced a Foxtrot, but the judges weren’t confident in his confidence, and told him he has improved but definitely needs to relax, earning him 25 points. Also earning 25 points in the best of the worst category was Charo and Keo Motsepe who danced a Paso Doble, but also ended up in the bottom two of the week. At the very bottom this week were Chris Kattan and Witney Carson who danced an energetic jazz but only ended up with 22 points. Kattan also opened up about his severe neck injury which has caused him a lot of trouble in his life and career. Also earning 22 points was Mr. T and Kym Herjavec who put on quite the show with their “Eye of the Tiger” Paso Doble, and although judges noted improvement, dancing just doesn’t seem to be part of his skill set.

Eventually, it was Chris Kattan who was the first eliminated which was even worse after his tearjerking interview before his dance. After the elimination he thanked Witney. “She was amazing. She was an amazing inspiration, and I couldn’t have done this without her.” He couldn’t help but add, “I wish that my surgery — all of that — was noted before, but it wasn’t, and that’s OK. I had an incredible time, an incredible time.”