Home » Trending News » Dancing With The Stars Recap: Double Elimination And An Engagement

Dancing With The Stars Recap: Double Elimination And An Engagement 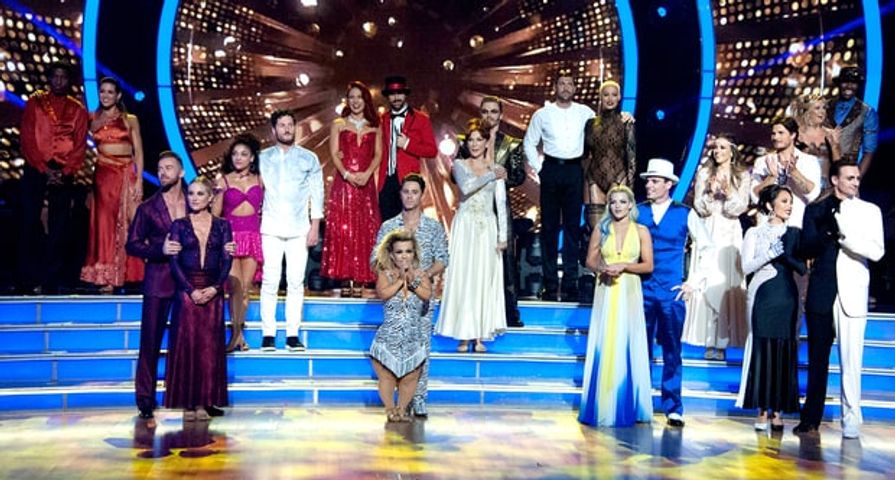 Dancing With The Stars 2019: Full Cast For Season 28 (With Pics)
Source: Eric McCandless/ABC

There was a lot of action on Dancing With the Stars last night, and not all of it had to do with dancing!

The Tuesday, October 4 episode was already going to be exciting with a double elimination episode, but the most exciting part was that pro dancer Sasha Farber planned a surprise engagement to his girlfriend and fellow pro Emma Slater! Near the beginning of the show Farber and Slater did a gorgeous dance together and kissed at the end, at which point Tom Bergeron slyly stated that he thought Farber always “had the potential to actually host” while handing him the mic.

“I’ve wanted to do this for such a long time,” he said to Emma. “I love you so much,” he added as he got down on one knee and popped the question to which Slater of course said “yes!”

After the amazing moment, it was time to get down to the tough business of eliminations. Kenny “Babyface” Edmonds and Allison Holker were unsurprisingly in jeopardy, and shockingly so was James Hinchcliffe and Sharna Burgess, as well as Vanilla Ice and Witney Carson, along with Jana Kramer and Gleb Savchenko.

In the end it was Kenny “Babyface” Edmonds and Allison Holker and Vanilla Ice and Witney Carson who were both sent home. “I got a chance to dance for my mom, and my mom is proud that I came out here,” Babyface said after receiving the news. “I did the foxtrot. I did the jive. I did the Argentine tango.” He laughed and added, “I don’t know what that was that I did last night.” Still, he insisted he had an “amazing” time, and Allison had been “amazing.”

I will never forget this moment, the best day of my life. I’m engaged to @sashafarber1!!!!!! @dancingabc