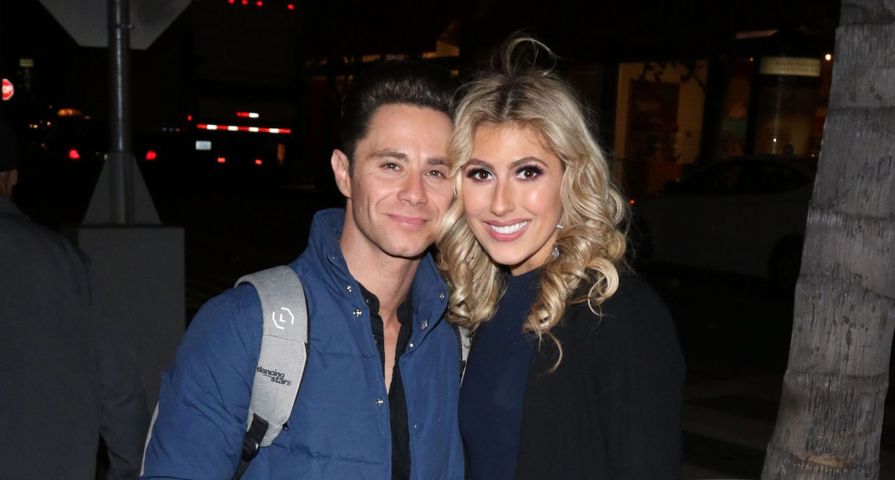 Another Dancing With the Stars couple has made it official!

Professional dancers Emma Slater and Sasha Farber tied the knot at Bella Blanca Event Center in Los Angeles on Sunday, March 25th after the pair previously got engaged on live TV on the Tuesday, October 4, 2016 episode of the hit show.

The event was a Dancing With the Stars – studded event with fellow pros Keo Motsep, Sharna Brugess and Cheryl Burke attending along with Julianne Hough and her husband Brooks Laich as well as former contestants Nick and Vanessa Lachey.

Slater, 29, reportedly donned two Rivini gowns for her big day including a fitted, sheer dress with lace appliques and then another which was more a whimsical sheath with a flowing skirt.

Farber wore a white handmade tuxedo by Onik Design, the designer that creates many of his DWTS outfits.

“As Emma walked down the aisle, instantly locking eyes with Sasha, it was as if time stood still,” wedding planner Michael Russo told Us Weekly. “Their moving vows had moments of both humor and heartfelt emotion, which made the ceremony a truly special and magical thing to behold. I couldn’t be more proud to have been a witness to this celebration of pure, unconditional love.”