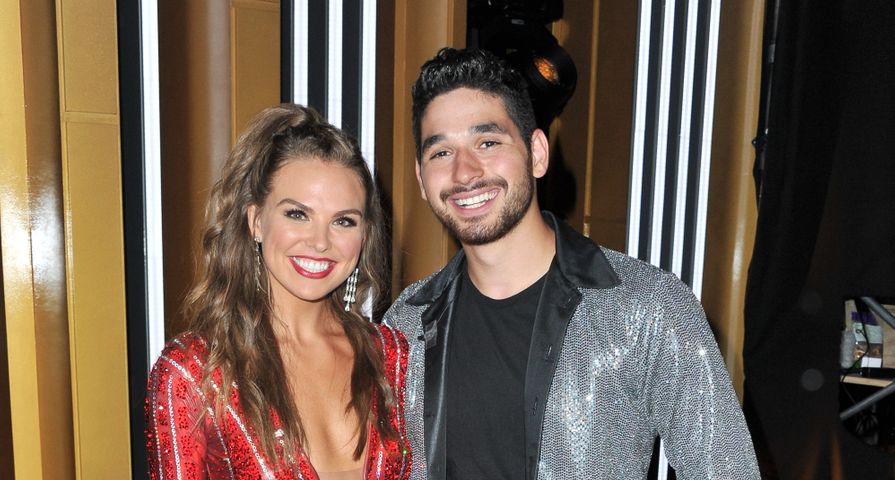 Dancing With the Stars pro Alan Bersten gushed on Thursday, November 21, to Entertainment Tonight about how his partner, Hannah Brown, is the “female version” of himself.

“I feel like I’m dancing with the female version of me!” Bersten wrote on a blog post for Entertainment Tonight. “So I just want Hannah to know that she is so incredible and I’m so proud of her!”

On Monday, November 18, Bersten told Us Weekly and other outlets what the trophy would mean to him if he won the finale of Dancing With the Stars. “Honestly, I’ve said it before. I just want Hannah to win,” Bersten said. “It’s incredible for a pro to get a mirrorball, but it’s all about Hannah’s journey, and she’s grown so much. Even though we’re a team, I want her to win. I guess if I’m a part of that I’ll take the mirrorball!”

The 25-year-old professional dancer hinted to Entertainment Tonight on what fans can expect from the pair’s performance on the finale. “I can say that I think we need to go out with an ‘explosion’ — it’s gonna be a ‘fire’ dance!” he teased.

Brown and Bersten will compete against Ally Brooke and Sasha Farber, Kel Mitchell and Witney Carson, and Lauren Alaina and Gleb Savchenko on the Monday, November 25, finale.

Bersten and the former Bachelorette star opened up recently about their partnership on Monday as fans noticed the Dancing With the Stars pro called her “babe” during a live Instagram video. “We say that all the time,” Bersten shared with Us Weekly.

Brown then described in more detail about the sweet nickname. “I’m like, ‘Babe, come on!'” the 25-year-old Alabama native said. “We are, like, so close at this point. So he could … say anything, and I would be like, ‘Whatever.’ Like, we’re just really at that point where we’ve spent every single day [together]. He’s had to become my best friend. It’s been great.”

The professional dancer then interjected that the pair have developed “a level of trust” since competing on the dance show.