Dancing With The Stars Premiere Recap: Who Shined And Who Needs Work? 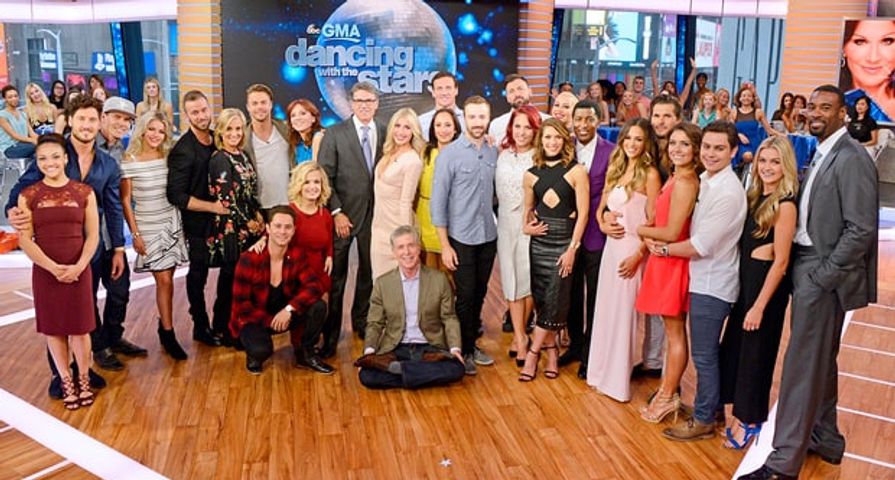 For the 23rd time, ABC’s massively popular series Dancing With the Stars kicked off a new season, and it was full of more flash, flare and drama than audiences could ever expect.

There were a few hiccups in the taped live show including a bit of technical difficult with Erin Andrews and Tom Bergeron’s teleprompters causing the two hosts to ad-lib for a little bit. Then of course there was the anti-Lochte protesters who rushed the stage and were tackled by security after the embattled Olympic swimmer’s first dance.

As for the dancing, some pairs came out as early frontunners and no is surprised that leading the pack is 16-year-old gymnast Laurie Hernandez and her partner Val Chmerkovsiky, who ended up with 31 points tying them for first. The first pair might not have been a surprise but the couple tired for first place sure is! Driver James Hinchcliffe and Sharna Burgess blew the judges expectations away with their fox-trot and gained a lot of attention in the competition.

Others who performed well were Marilu Henner and Derek Hough, as well as country star Jana Kramer and new pro Gleb Savenchko who swept viewers away with their sexy routine.

In the middle of the pack were Ryan Lochte and Cheryl Burke, Amber Rose and Maks, Terra Jole and Sasha Farber, Vanilla Ice and Witney Carson, Kenny ‘Babyface’ Edmonds and Allison Holker, and Calvin Johnson and Lindsay Arnold.