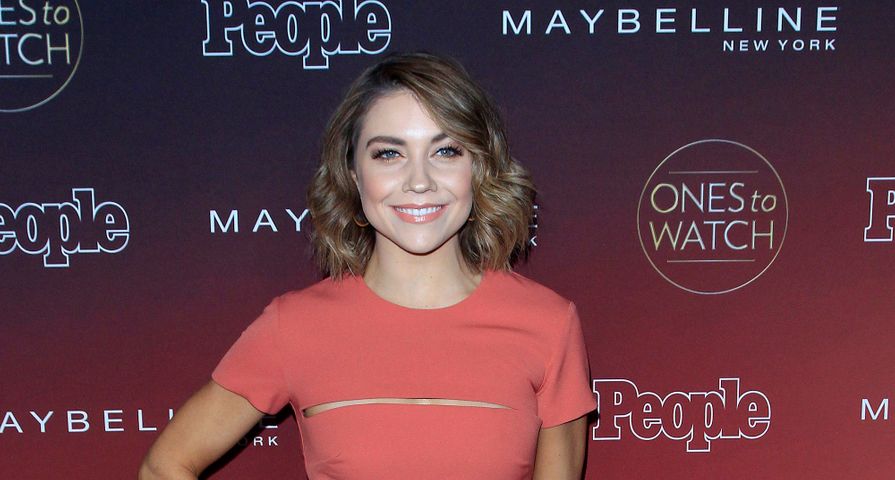 With Dancing With the Stars not returning to the fall, season 26 champion Jenna Johnson has had time to focus on her wedding to fellow pro Valentin Chmerkovskiy — and she has now said yest to the dress!

The stunning dancer took to Instagram late last week to reveal that she finally found her wedding gown and did so while filming the moment for the hit TLC series Say Yes to the Dress. “Before even looking for my dress, I knew I wanted something timeless and classic. I wanted something that I felt confident and beautiful in. I didn’t want to look like a princess —  I wanted to look like a queen!” Johnson  told PEOPLE.

She continued, “I am so blessed to be able to have gorgeous dresses made for me every week on DWTS. So I also wanted to be certain that I didn’t get anything that felt like a costume or ballroom dress.” The 24-year-old added that she made sure to do her research before going to Kleinfeld’s, saying, “I was so looking forward to it, so I went onto their website to have an idea of what they had and what I knew I wanted to try on,” she said.

Johnson brought her mother Tammy, her friend Stacy, Val’s mother Larissa and her soon-to-be sister-in-law Peta Murgatroyd for the day, and ended up only trying on four gowns but picked the very first one in the end!

“Ironically enough, the first dress I tried on was the one. I had picked it out while looking around and I just knew it was unique and something I would love to wear,” she revealed.

Although Johnson admitted that planning the wedding and being on Dancing With the Stars was difficult, things are now moving along. “I feel like things are finally starting to fall into place. My dress was a big box I wanted to check off, so now that I have it I can breathe and enjoy the rest of our planning,” the star said. “Now I’m just excited and ready for the big day.”