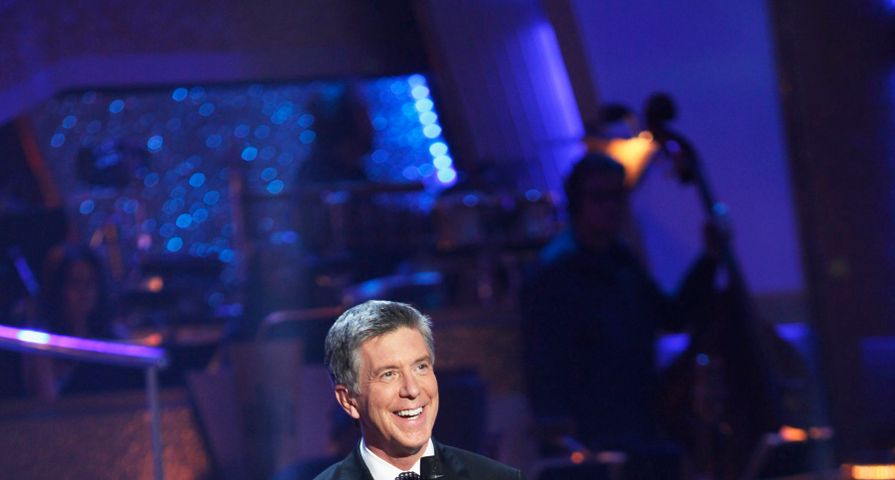 Easy-going and affable Dancing With the Stars host Tom Bergeron was ecstatic to announce the season 28 lineup of celebrity competitors on Wednesday, August 21, on Good Morning America, but it was clear he had an issue with at least one contestant.

Shortly after the celebrity cast for season 28 was announced, Bergeron confirmed suspicions that he wasn’t happy about one of the stars being cast for the season when he took to his Twitter account to voice his displeasure.

Bergeron titled the post, “Some thoughts about today.” In the typed statement he shares, “A few months ago, during a lunch with DWTS’ new Executive Producer, I offered suggestions for season 28. Chief among them was my hope that DWTS, in its return following an unprecedented year-long hiatus, would be a joyful respite from our exhausting political climate and free of inevitably divisive bookings from ANY party affiliations. I left that lunch convinced we were in agreement.”

He continued, “Subsequently (and rather obviously), a decision was made to, as we often say in Hollywood, ‘go in a different direction.’ It is the prerogative of the producers, in partnership with the network, to make whatever decisions they feel are in the best long-term interests of the franchise. We can agree to disagree, as we do now, but ultimately it’s their call. I’ll leave it to them to answer any further questions about those decisions.”

Bergeron added, “For me, as host, I always gaze into the camera’s lens and imagine you on the other side, looking for a two hour escape from whatever life hassles you’ve been wrestling with. That’s a connection, and a responsibility, which I take very seriously, even if I occasionally season it with dad jokes. Hopefully when Erin Andrews and I look into those lenses again on September 16, you’ll be on the other side looking back, able to enjoy the charismatic pro dancers, the unpredictable judges and the kitschy charm that has defined DWTS since 2005.”

Despite not naming any names, it is clear Bergeron is talking about the casting of former White House Press Secretary and White House Communications Director under President Donald Trump, Sean Spicer. After the cast announcement, Bergeron along with Good Morning America’s hosts chatted with the cast, where Bergeron took an obvious shot at Spicer. He said, “You can be in charge of counting audience size,” as everyone released audible gasps of shock and someone said, “No, he didn’t,” as Bergeron was obviously referencing the scandal where Spicer said the crowds at Donald Trump’s inauguration were the largest at any such event ever. This lead to aide Kellyanne Conway famously saying that Spicer had presented “alternative facts” when reporting the inauguration’s attendance numbers.

In an interview with EW’s Dalton Ross later on Wednesday, Bergeron spoke further about Spicer joining the show, saying he has “no idea” if voting this season will go along partisan lines. “My preference — it’s not my call, other people book the show — would have been to avoid any political lightning rods,” he said. “I think Dancing at its best is an oasis away from all the divisiveness and all the stuff that we are wrestling with right now. And so that was a call they made, and my job as host, to the best of my ability, is to be Switzerland for those two hours a well. For the other 166 hours a week, it’s pretty clear where I stand politically.”