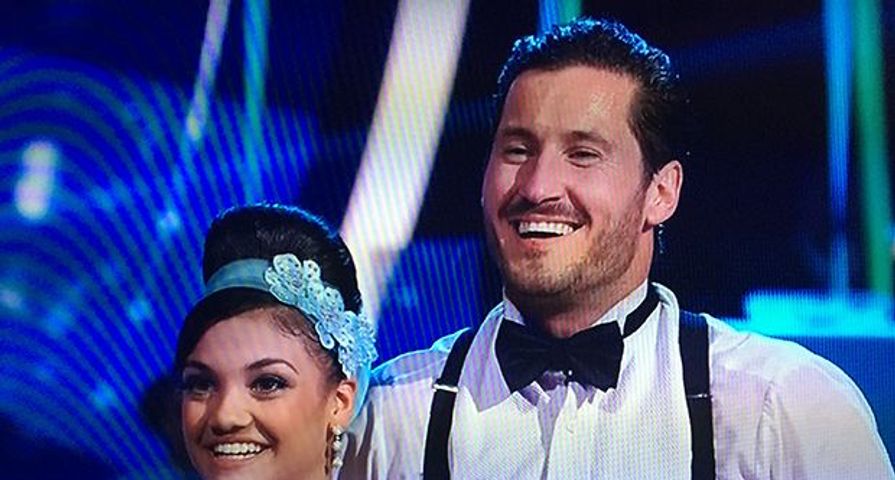 After last week’s elimination, the remaining celebrities are trying to stay in the competition as they danced their way through different Eras on last night’s episode of Dancing With the Stars.

As always, some stars shined while others faltered, leaving fans with a tie for first place and one star sent packing. After dominating the first few weeks of the season, Laurie Hernandez and Val Chmerkovskiy once again found themselves out of the top spot as they dance a quickstep with a ’60s theme, earning a score of 34. Ryan Lochte failed to impress with his Rumba in honor of the ’90s landing only 27 points. Meanwhile Marilu Henner and Derek Hough squeaked by Lochte with a 1920’s Charleston which got them a score of 29 points.

Calvin Johnson continued to improve as he and Lindsay Arnold landed a leaderboard high of 36 points with their ’50s inspired Jive, but James Hinchcliffe and Sharna Burgess weren’t going to let the top spot go as they tied for first place with their own 36 points thanks to a Jitterbug dedicated to the ’40s.

After individual dances, the celebrities and their partners then had to face off in Team Dance challenges which saw James and Sharna, Maureen and Artem, Ryan and Cheryl, and Calvin and Lindsay beat out the opposing team.

In the end it was Maureen and Artem and Jana and Gleb who were in jeopardy of elimination and with Jana and Gleb landing the top spot last week, there was no way it was going to be them. Sure enough Maureen’s time on the show came to an end as she was eliminated.