Dancing With The Stars: Athletes Has Shocking Triple Elimination 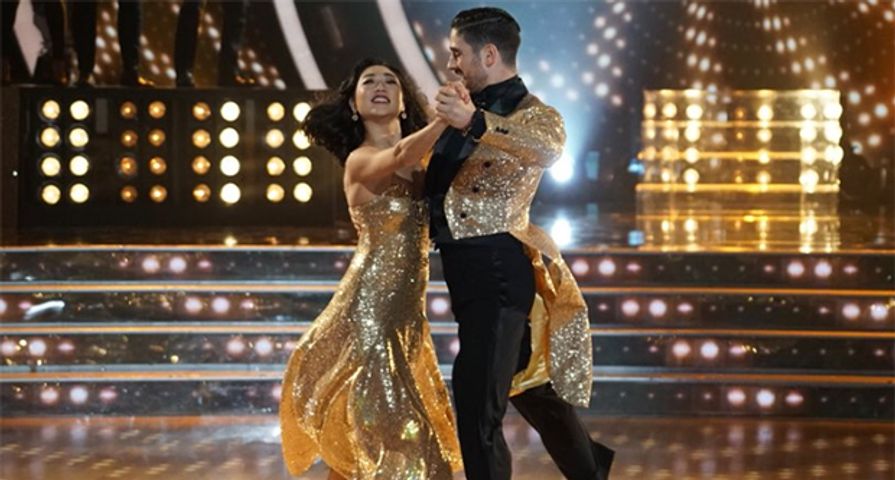 With ten contestants and only four weeks to crown a Mirrorball Trophy winner, Dancing With the Stars is being ruthless as it narrows down the athletes competitors and after two double elimination weeks, the third week brought a triple elimination!

With six couples left, they were dancing their hearts out to try to get to next week’s final, but there could only be three finalists. All of the remaining contestants had to dance one regular routine and then compete in a Ballroom Battle Dance-Off.

Out of the six remaining athletes competing, it was Adam Rippon and Jenna Johnson who wowed the most as they earned a 39/40 for their contemporary dance to “O” by Coldplay. They then went on to also win their dance-off against Mirai Nagasu and Alan Bersten.

NFL player Josh Norman and Sharna Burgess also stood out with their 36/40 for their contemporary dance to “Stand by Me” by Bootstraps. They also won their dance-off which was against Chris Mazdzer and Witney Carson.

Mirai Nagasu and Alan Bersten earned a 35/40 for their Quickstep to the Big Band version of Fifth Harmony’s “Bo$$.” Chris Mazdzer and Witney Carson fell to the middle of the pack with a 33/40 for their Foxtrot to “I Got Rhythm” by Ray Chew Live and tied with Tonya Harding and Sasha Farber who also earned 33 for their Rumba to “See You Again” by Tyler Ward. Landing at the bottom was Jennie Finch Daigle who failed to impress with her Viennese Waltz to “The Rest of Our Life” by Tim McGraw and Faith Hill.

In the end it was Jennie Finch Daigle and Keo Motsepe, Chris Mazdzer and Witney Carson, and shockingly Mirai Nagasu and Alan Bersten who were eliminated.

That means the finalists three for next week’s finale is Adam Rippon and Jenna Johnson, Tonya Harding and Sasha Farber, and Josh Norman and Sharna Burgess.