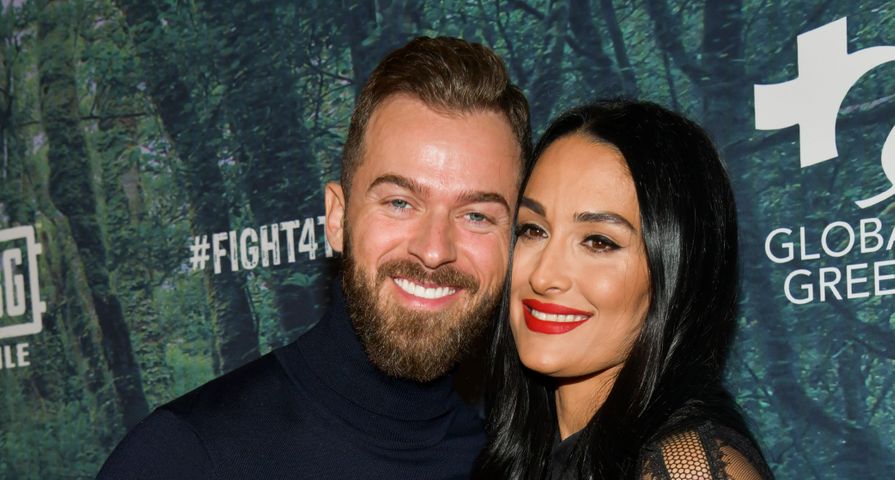 Dancing With the Stars alum Artem Chigvintsev is going to be a dad, and he couldn’t be happier!

On Wednesday, January 29, the dancer took to social media to confirm the big news by sharing a page reading “I’mg going to be a Dad!” followed by a photo of the ultrasound, and wrote alongside it “We are so excited.”

His post comes shortly after it was revealed that his fiancee Nikki Bella was expecting — and so is her twin sister Brie Bella. The 36-year-old former WWE Divas, who star in their own reality show Total Bellas, revealed to PEOPLE that they are both expecting and are due only two weeks apart.

Brie Bella is expecting her second child with her husband, pro wrestler Daniel Bryan, after the pair welcomed daughter Birdie in 2017.

Meanwhile this is the first child for both Nikki and Artem who announced their engagement after the holidays and later revealed they had become engaged in France in November 2019.

“I was in yoga, and I kept getting this feeling that you need to take a pregnancy test, but I wasn’t even late yet,” Nikki revealed. “And so I’m like, ‘Why do I keep having this feeling? Am I getting twin vibes from her? Because she just told me she’s pregnant?’”

“I didn’t tell Artem at this point,” she added. “I just want to do this by myself. When I came back in, and it said pregnant, I had to sit down for a second.”

Nikki and Artem first met when they were partnered together on the 25th season of Dancing With the Stars in 2017, but rekindled their friendship which evolved into a relationship following her split from John Cena in 2018. Brie Bella became engaged to Daniel Bryan in 2013, and the pair married in 2014. They welcomed their daughter Birdie in May 2017.

We are so excited 🙌🏻