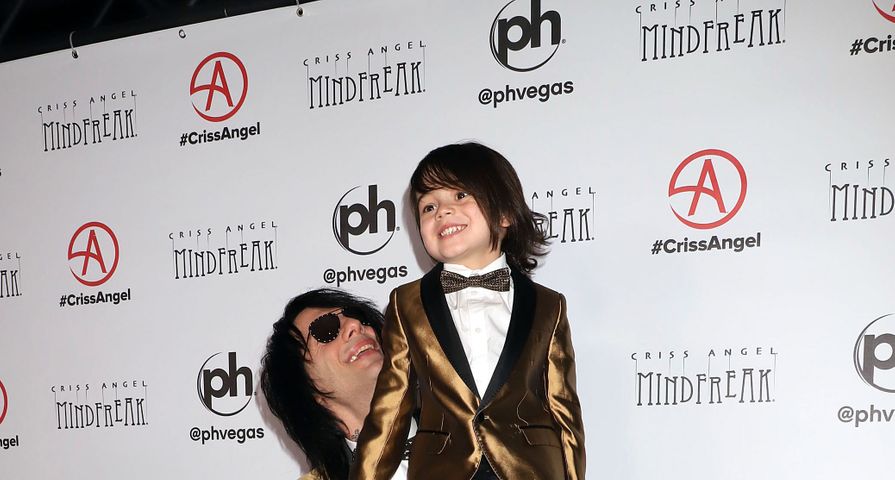 Magician and illusionist Criss Angel opened up in an interview with TMZ about his son, Johnny Crisstopher’s cancer returning.

On Tuesday, Angel revealed that his 5-year-old son – who he shares with Shaunyl Benson – would be going back to the hospital after his cancer returned after a brief remission. His son was first diagnosed with leukemia in 2015.

“Johnny Crisstopher — he got diagnosed with pediatric cancer before he was 2 years old — he’s been in treatment for over three years, he’s been in remission,” Angel said. “But unfortunately … he had a relapse and he’s going back into the hospital on Monday.”

The illusionist said that he’s been spending time having fun at theme parks in California with his son before he returns to the hospital.

“That’s why we’re partly out here in California, because we take Johnny to Disney[land], I’m taking him to Universal [Studios] tomorrow,” Angel added.

During his interview with TMZ, the magician announced that he will be hosting an event at Planet Hollywood in Las Vegas next year to help raise $5 million for children with pediatric cancer. Angel urged the public to help support the event and that more details about it will be shared at a later date.

“We just want to thank everybody for their support over the years,” Angel told the outlet. “We want to try and raise five million bucks, so we need your help.”

In 2016, Angel told PEOPLE about the moment when Johnny was diagnosed with cancer and said he felt “helpless.” The magician also opened up about how it was difficult to watch his son experience the side effects of his treatment, which included hair loss and behavioral changes.

“Johnny is a happy, fun, loving boy, but the steroid treatments have a profound effect on his mood,” he explained about his son throwing “violent” tantrums. “That’s hard to see, but that’s not our Johnny. That’s the steroids,” the illusionist said.

“My son is supposed to outlive me. I’d rather it be me that was sick,” Angel added then. “I want Johnny’s future to be long and happy. That kid is just a bundle of love. He’s the truest form of magic.”