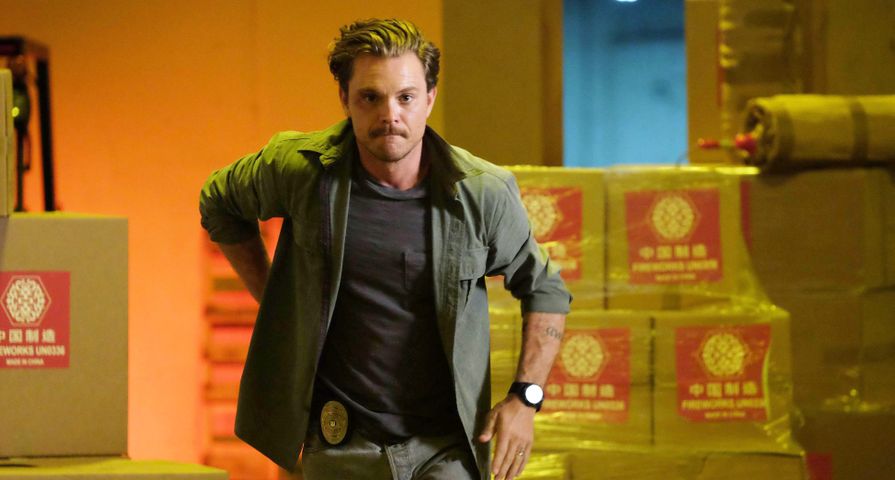 This past spring was full of off-screen drama for the cast and crew of Fox’s Lethal Weapon as it was set to head into its third season.

With a third season reneweal on the horizon, reports began coming out stating that if the show were to be renewed the network was looking at replacing one of its biggest stars: Clayne Crawford as Martin Riggs.

Now, days after the first promo featuring his replacement, Seann William Scott as Murtaugh’s new partner, was released, Crawford has broken his silence on being fired from the series, and he did not mince his words.

On a recent episode of the Drinkin’ Bros podcast, the actor admitted that at first he didn’t even believe he really would be fired, and when he was no one even gave him a call, he found all of it out through media and social media.

“It’s a little different when you replace Becky or the mom off of Fresh Prince. Like it’s a little — like if they’d replaced the Fresh Prince, we’d have been like what the f— are we watching anyway? That’s why I just didn’t think it was possible,” Crawford says of his firing, noting that to this day he’s never received a phone call about not returning. “I just didn’t think they were going to get rid of me, I guess. And if they did, I thought they’d give me a buzz… just a jangle? Just grab two cans and a string and just be like, ‘You’re not coming back. We feel like this is the Damon Wayans Show and people just don’t like you. So go the f— back to Alabama you dumb hick, thanks for playing.'”

He went on to address the rumors of his on-set behavior, including footage which seemed to show him taking his anger out on the crew after noise from a nearby pool was causing interruptions in filming.

The actor denied that there was a pool, calling it a “blatant f**king lie”, and claimed that he shouted at the assistant director out of frustration that the show was behind schedule, following a series of noise interruptions.

“I snapped,” he said. “Should I have gone to my trailer? 100%. Should I have just gone and waited? That’s what I was instructed to do when there was a problem – you go sit in your trailer and you lock your door and you take a nap.

“Hollywood is very sensitive, so I should not have screamed and yelled, because it’s a bunch of very delicate flowers out there.”

As for the tapes and audio of his alleged behavior being released, the actor admitted that he knew they were out there and people on-set had already threatened to use them as blackmail against him. “I knew that they were going to release these tapes because they’d been blackmailing me with them for months and months and months, the entire second season,” Crawford explained. “And I have all the text messages from these people and voicemails from these people saying, ‘Obviously you’re not the problem, but you’ve got to get ahead of this because you know they’re going to use those tapes against you.'”

He went on to add that the reason he spoke out now is because despite his firing, they seem to still have him connected to the show. “The only reason I’m doing this is because every time — it’s August and any time they talk about the show, it’s my image, my f—ing name, to promote their goddamn show.”

ethal Weapon will return Tuesday, September 25 at 9/8c on Fo