Christina Aguilera Does Amazing Impressions Of Beyonce, Rihanna And More 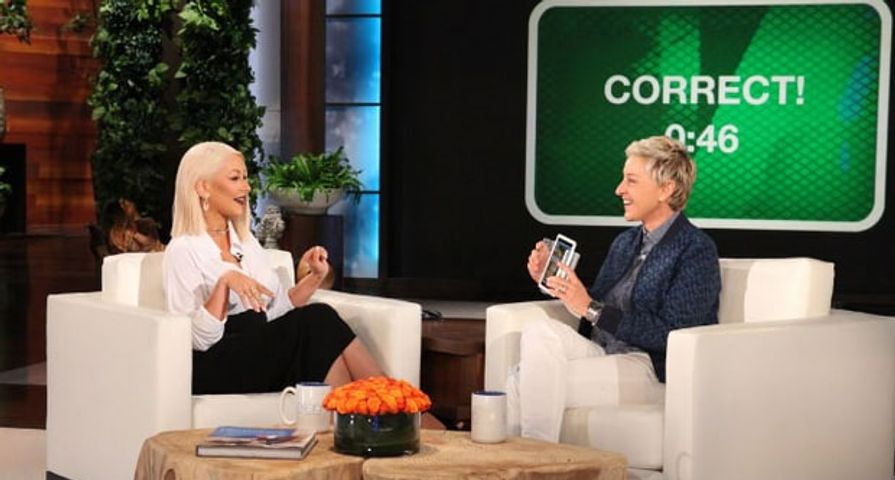 It is absolutely no secret that Christina Aguilera is talented, but in recent years the songstress has also shown off her impressive talent for impressions.

During a musical game of ‘Heads Up’ with Ellen Degeneres on the Monday, May 16 episode of The Ellen DeGeneres Show, Aguilera took on the voices of some big time singers, and did so flawlessly. The 35-year-old singer wowed everyone from Ellen herself to the audience as she did impersonations of a whole group of well known musical divas including Beyonce, Whitney Houston, Rihanna, and Madonna! She did such a good job that it was not at all difficult for DeGeneres to figure out who Aguilera was singing as, and was met with a very enthusiastic crowd too.

Not everyone was easy to channel, however, as she did struggle with finding the signature sound behind the likes of Lady Gaga and Barbra Streisand. This isn’t the first time Aguilera has wowed with her impressions as she earlier appeared on The Tonight Show Starring Jimmy Fallon where her impression of Britney Spears went viral.

Although she did quite a bit of singing, she also took the time to talk about her adorable children Summer Rain and Max, revealing that Max is definitely one active little boy. “He’s just like this little acrobat. He’ll be in Cirque du Soleil or something crazy one day. He’s also training to jump off of buildings and give me a heart attack. It’s awesome,” she joked. “He could care less that I’m on The Voice, but if I was on American Ninja Warriors, he would literally want to come to work with me every day.”

Check it out below!