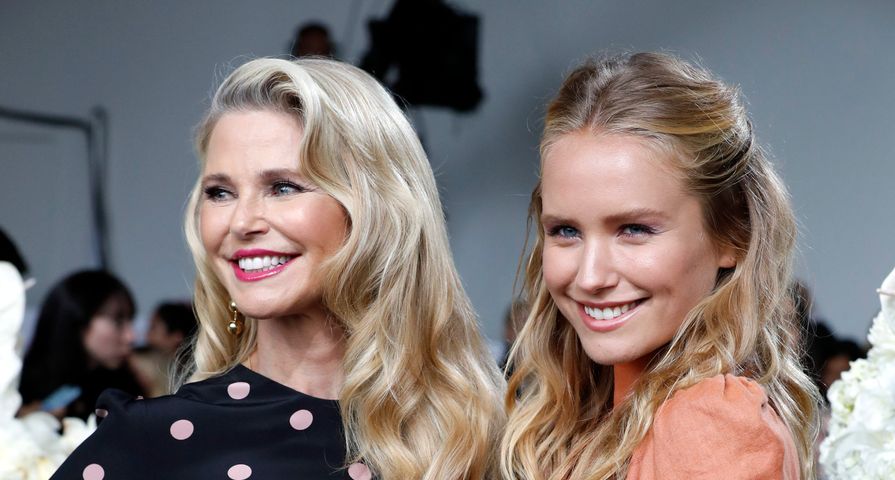 Christie Brinkley was “shocked” to hear of what Wendy Williams had to say about her season-ending Dancing With the Stars injury before the season 28 premiere.

On Monday, September 16, only hours before the premiere of season 28 of Dancing With the Stars, ABC and Christie Brinkley revealed that Brinkley was forced to quit the season before it even premiered after suffering a serious hand and arm break during rehearsals, and in her place her daughter, model Sailor would be competing.

After the news was revealed, Wendy Williams shared her thoughts on the situation during the season 11 premiere of The Wendy Williams show where the host revealed that she thought Brinkley forced the injury in order to give her daughter the spotlight.

“Well, that looked fake as hell,” Williams, 55, said of the footage Good Morning America obtained of Brinkley’s fall. In the clip, the supermodel appears to trip over her partner’s foot during a turn, sending her tumbling to the ground.

“Let me tell you what I see. I don’t see a wrist and a shoulder being fractured. But that was real cute,” Williams continued. “Here’s my thought: Dancing With the Stars called Christie Brinkley … and she said yes. After she got off the phone, that’s when she plotted her schedule. … In my opinion, I think what Christie did was she signed up for Dancing With the Stars knowing that she’d put her daughter Sailor in there.”

After hearing of Williams’ theory, Brinkley was upset by the accusations, telling PEOPLE: “I’m totally shocked, because I have been there for Wendy Williams. That is so weird,” she said, bursting into tears. “I have to give her a call … I’m really stunned.”

It didn’t help however when during her appearance on Good Morning America, where Brinkley revealed her daughter was taking over for her, she said: “Showbiz is all about getting a break, and Sailor and I both got one on Dancing With the Stars this season. Sailor joined the cast when I got mine … ouch somebody stop me, it hurts to laugh!”

“Now, you know, Sailor is beautiful,” Williams said. “She’s a Sports Illustrated model, but that’s not as big as being a Kendall Jenner. In order for girls to get this leg up, it takes more than beauty, you have to have cache. And that Dancing with the Stars has got a lot of eyeballs watching, and Christie really doesn’t need that. You know who she is. She doesn’t have to dance with the stars for you to know who she is. So my thought is that she said, ‘Look, Sailor, here’s what we we’re going to do. I’m going to go to a few of these practices, I’m going to go on Good Morning America, get all the press and stuff, I’m going to walk around looking hot and sexy, and then I’m going to play like I broke something.’ And she did break something, allegedly. Although Christie, I must tell you, there wasn’t a believing person in my entire bureau meeting this morning.”

“So Sailor will be there,” she said. “I don’t even know that people will care about Sailor Brinkley, but more importantly, at least Christie, at 65, won’t have to be dancing around like that. Because you can look like a teenager on the outside, but it’s all 65 on the inside.”

“She’ll go every week to support Sailor, looking sexy, they’ll swing the cameras her way so she’ll get her camera time,” Williams added. “And Sailor will be dancing. It’s a win-win for the family.”

Brinkley took to Instagram to share a photo of her daughter in the outfit she was supposed to be competing in on DWTS and wrote, “Hey My Friends! So here’s the news. I just broke my arm into a 1000 pieces requiring surgery with a metal plate and screws to hold my arm together..Im so sorry if I’ve disappointed anybody! Only something as bad as this could stop me from continuing to dance with my wonderful coach for @dancingabc …I was having a blast!!!!”

She continued, “Shattering my arm was quite literally a crushing disappointment, i never ever want to let anyone down…so I looked for a silver lining and i think I found one that is is solid gold! Sailor!
But first I would have to convince Sailor to replace me..she was already on the plane to come sit in the audience when I reached her! (Alexa has commitments in NY including her upcoming Cabaret Show at the @cafecarlyle ).”

Brinkley then revealed how she got Sailor to take part, “I also had to convince my student/ @imgmodels Sailor to overcome serious stage fright to replace me on the show! Sailor always meets her challenges head on and realized she did not want to be defined by her fears so with just hours to learn my routine she is turning my defeat or should i say two left feat into her own victory of courage! So Ladies and Gents I give you my beautiful Sunflower Sailor Lee. And i think you are all going to have a blast together on this season of @dancingabc ! Sorry for the typos it’s my right arm! And Sailor Thank you for taking a very disappointing turn of events into something very special!
you know Showbiz is all about getting a break and I guess you can say Sailor and I both got one on this season of @dancingabc .”

EXCLUSIVE ballroom bombshell! @SeaBrinkley is out of @DancingABC before the season begins. She tells @Ginger_Zee about her injury and the moment she called her daughter Sailor to ask her to step in for mom coming up on @GMA! #DWTS https://t.co/vCu1GI9DWR pic.twitter.com/SBDoWy84Aq