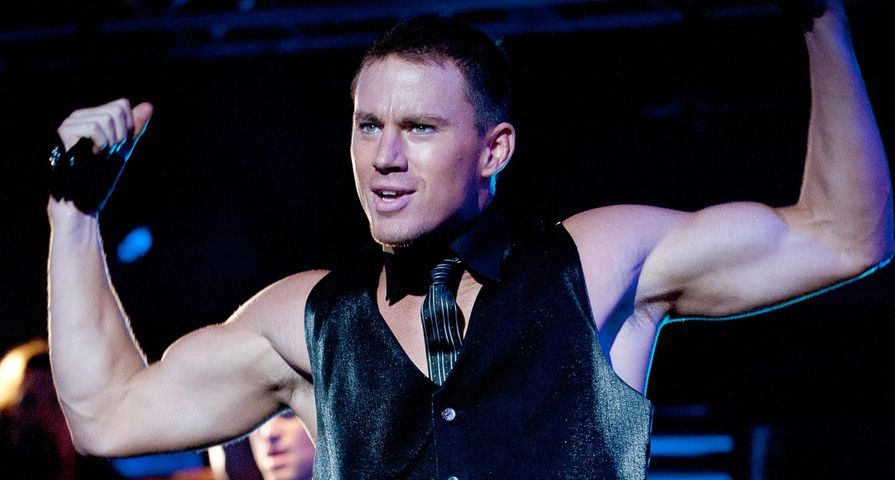 This is the stuff people everywhere have been dreaming of since the first Magic Mike film was released in 2012.

On Wednesday, May 4, Channing Tatum announced in a video from Cosmopolitan Magazine that combined Tatum, puppies and several shirtless hunks. In the two-minute clip, the star descends down a staircase in a home that is full of attractive, shirtless men, stating, “Hey, what’s up guys? You know, I woke up this morning and I was walking around my house filled with hot men that I live with everyday, and I was thinking…what’s the next step for Magic Mike? 2D? We’ve done it twice. 3D? 3D hasn’t been cool since Avatar.”

Then, after introducing some of his hot friends, he stated, “what if we created a world where women were given the same options as men have been given for centuries,” and that is when the adorable puppies come into the picture. “What I’m getting at is we’re going to start Magic Mike Live in Las Vegas at the Hard Rock March 2017. God knows we have enough gentlemen clubs in the world so let’s start the first gentle-ladies club – or, maybe not so gentle. Depends on what you’re into.” While the video is both amazing and hilarious, an accompanying press release confirmed that it is not a joke.

“Currently anticipated to open for preview performances in March 2017, ‘Magic Mike’ Live Las Vegas will recreate the mythic Club Domina with a sizzling 360-degree dance and acrobatic strip tease spectacular, guaranteed to bring on the heat.” Unfortunately, Tatum won’t be part of the show in terms of stripping; he will be hands on for the project. “Magic Mike has been a special and very personal project for me, and this show is a natural extension of that,” Tatum said in a statement. “So while I won’t be on stage as Mike, ‘Magic Mike’ Live Las Vegas is my vision and I’m looking forward to spending a lot of time in Las Vegas creating something that will give women what they really want.”