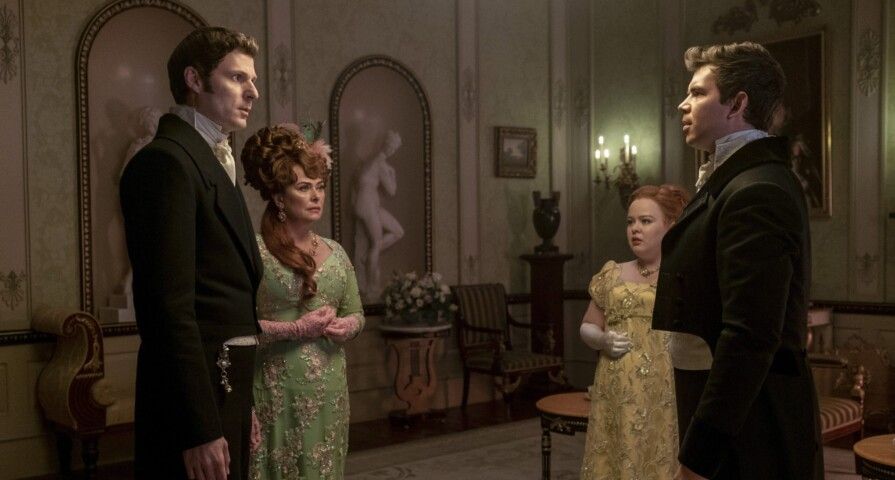 A possible romance between the long-time friends has been confirmed for Bridgerton season 3!

Actresss Nicola Coughlan has confirmed that the upcoming season will focus on the love story between her character Penelope Featherington and Colin Bridgerton.

Coughlan appeared on a Netflix conversation panel on Sunday night where she revealed some details of next season’s plot. “Like Lady Whistledown, I have been keeping a secret for quite some time and I can confirm to you all that season 3 is Colin and Penelope’s love story,” she said. “I have kept that secret since two weeks into season 2. This is the first time I am saying it here.”

The romance between Penelope and Colin has been teased since season one of Bridgerton. The duo have a strong friendship, but it’s clear that Penelope hopes for a day where Colin views her in a romantic way.

Luke Newton, who plays the role of Colin Bridgerton, has opened up about the upcoming storyline as well. “There’s so much love for that relationship. Which brings its pressures because there are people that are really excited about this story to come to the forefront,” he said. “But also it really warms me.”

“I’m hoping that he has sort of a more sensitive side to him,” Newton explained. “I love that we are exploring a relationship that so many people have had, where you form a friendship and you get to know each other down to the core. Then it sparks something from there.”

Bridgerton season one and two are now streaming on Netflix.