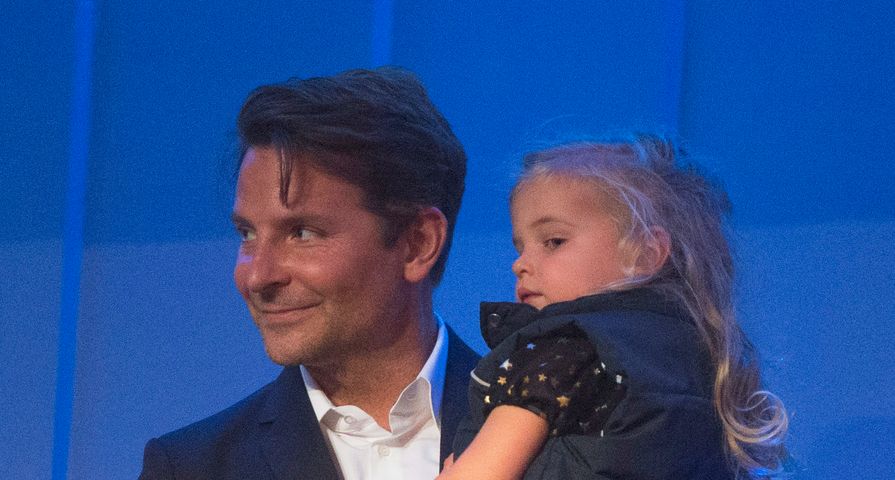 Despite their star status, Bradley Cooper and his ex-girlfriend model Irina Shayk, were very successful in keeping their daughter Lea out of the spotlight, which made it all the more surprising when Cooper brought Lea out in front of the cameras on Sunday, October 27.

It was a father-daughter date when Cooper brought Lea De Seine Shayk Cooper, to the Kennedy Center for the Performing Arts in Washington D.C. where Dave Chappelle was being awarded the 22nd Annual Mark Twain Prize for American Humor.

In the photos, a smiling Cooper holds his daughter before taking the stage to honor Chappelle, who he recently shared the screen with in A Star is Born. “He actually is a good friend of mine and I loved the experience of working with him,” Chapelle told ET of Cooper at the event. “As far as my experience is concerned, Bradley is a consummate actor and director.”

Cooper began dating Irina Shayk in mid-2015 and the pair quietly dated for a few years before they welcomed their daughter in March 2017. After many rumors of issues in the relationship, the two split in June 2019 after four years together.

Although they were together for four years, the famous duo were pros at keeping their romance out of the spotlight. “I have a lot of friends who share a lot of their personal life on Instagram or social media, very publicly. I admire it and I think it’s great – but I think it’s all about personal choice,” Shayk told Glamour UK as recently as February 2019.

“Because my work requires me to be out there, I just decided my personal life will be quiet. That’s why it’s called personal, because it’s something for you and your family, and I feel happy with it.”