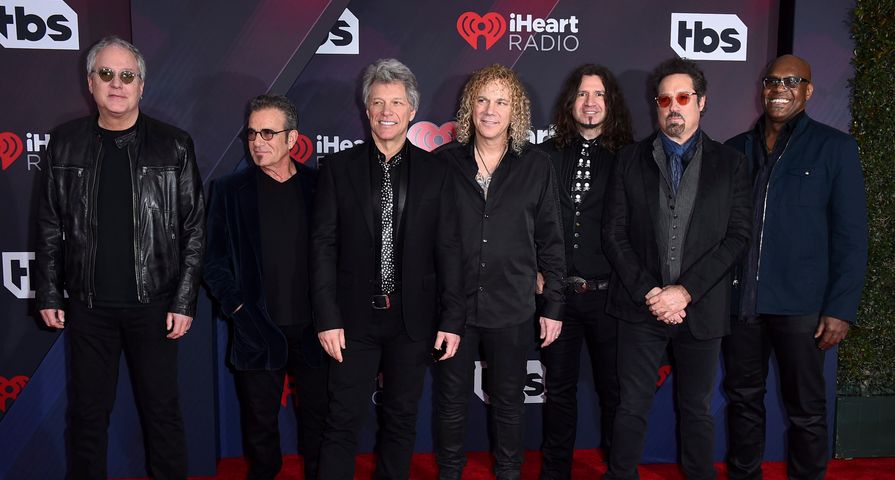 For more than three decades, Bon Jovi has been captivating audiences and putting out hits, and on Sunday March 11, the band was honored by being the first-ever recipients of the iHeartRadio Icon Award.

The legendary rockers performed “It’s My Life” and “You Give Love a Bad Name” among other hits at the awards show which honored their 35-year career in music.

“I want to thank the three and a half decades of fans that have been listening to Bon Jovi songs,” frontman Jon Bon Jovi, 56, said during the band’s acceptance speech. “We’ve been at this game a long time and the only advice I’ll tell this incredible generation of incredible talent is just stay true to who you are, and then they’re going to make you guys icons too someday.”

Along with the award, the band is hitting another huge milestone later this year when they are indicted into the 2018 Rock and Roll Hall of Fame in April, and are also getting prepared to start a two month tour which begins March 14 in Denver, Colorado which ends in Washington, D.C. on May 14.

In addition to the Bon Jovi’s honor, Camila Cabello was presented with the iHeartRadio Fangirls Award by L’Oréal Paris for demonstrating ambition, passion and a strong sense of self-worth,” according to a press release. Meanwhile, Ed Sheeran won Song of the Year for “Shape of You” and Male Artist of the Year.