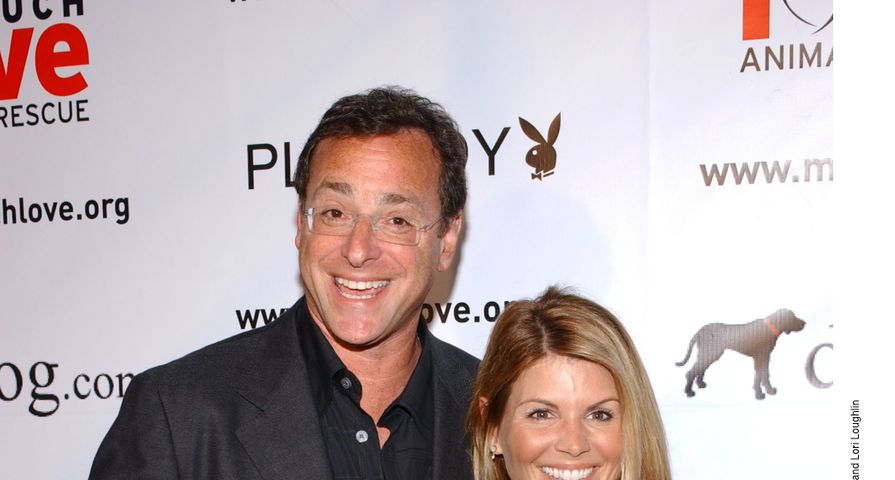 The Fuller House is getting a little fuller as two more Full House alums have officially signed on for the highly-anticipated spin-off which is coming to Netflix next year.

On Thursday May, 28 Lori Loughlin, better known as Aunt Becky confirmed she would indeed by a part of the reboot that is being produced by John Stamos who plays her on-screen husband Uncle Jesse.

“I’m very excited,” the 50-year old actress stated on Good Morning America. “It’s gonna be really great to be back with the whole cast. It’ll be a lot of fun. We’re gonna help Candace [DJ], Jodie [Stephanie] and Andrea [Kimmy] spin off the new show, Fuller House, so we’ll come back, and we’ll do the first episode and maybe throughout the season we’ll pop up here and there.”

Then, only one day after Loughlin’s news, Stamos took to his Twitter to confirm that the patriarch of the Tanner family would also be coming back as Bob Saget reprises his role as Danny Tanner. “Last but not least-best piece of casting yet. The great @bobsaget will be joining our show on @netflix- this completes the perfect reunion!” Saget then confirmed the news was true by replying to Stamos, “How did you get this information? Kidding! Love you Jesse!”

While it does in fact seem like the perfect reunion, the Olsen twins who played Michelle Tanner have confirmed they will not be a part of the show much to the disappointment of fans and Stamos.

Loughlin spoke out about the Olsen’s decision after confirming her own part on the show simply stating, “They’ve chosen not to be a part of it, which, you know, we would have loved it, it would have been great, but I understand.”

Also Check Out: 5 Things To Know About Fuller House