Ryan Reynolds is rocking a new hairdo while social distancing at home with his family.

In keeping with their long-standing tradition of teasing each other, over the weekend, Blake Lively shared a photo of her husband trying out a new hairstyle: a very, very tiny ponytail.

“I dare you to forget this every time you see him for the rest of eternity,” she joked, sharing an Instagram Story snap.

Reynolds responded to his wife’s Instagram Story, joking that his wife, whom he shares three children with, didn’t seem to have any problems with the way he looks. “Clearly your birth control doesn’t work so…” he jokingly responded.

Last week, actor Hugh Jackman – who has been jokingly feuding with Reynolds for a long time now – suggested that Lively must be having a difficult time spending so much time with her husband.

“We’ve been reaching out to Blake, we talk to her, ‘cause can you imagine [being] stuck in the house with Ryan?” he joked while calling into the Today show on Friday, April 24.

“It must be brutal for her,” he added.

Like many parents during the ongoing public health situation, Lively and Reynolds are spending a lot of family time together recently.

In addition to living with Lively and their three daughters, the couple have also been joined by Lively’s mother, whom Reynolds called a “lifesaver.”

“It’s been incredible to have her here,” Reynolds said, before joking, “She doesn’t know it but actually, she’s emergency food if this gets real.”

The Deadpool star then went on that although he may be the only man in the house, he hasn’t been missing “masculine company.”

“It’s fine, I like just being here with the girls. I like doing the girls stuff,” he said. “I try not to push gender normative ideas on my kids as they’re born, but each one, when they came out that chute, just really wanted to make dresses.”

“They wanted to dress in hot pink all day so that’s what I do,” Reynolds added. “This morning I made dresses out of tissue paper, which was fun,” 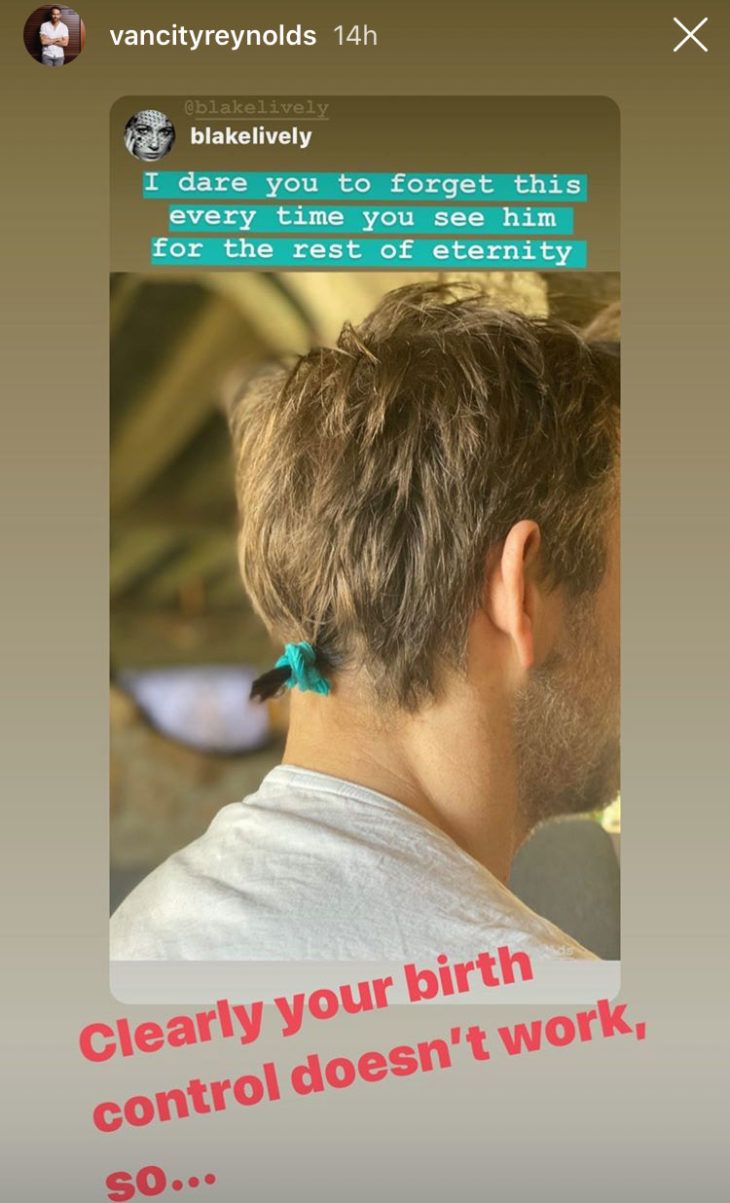