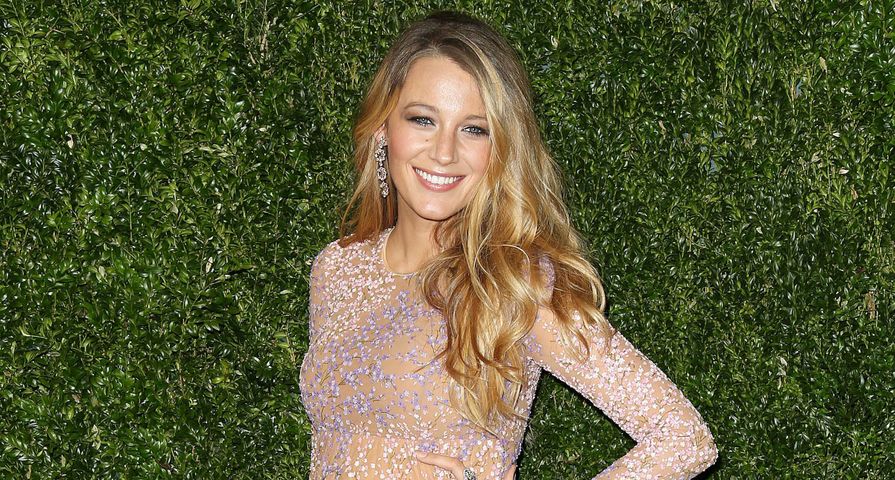 Blake Lively, 27, recently announced she is expecting her first child with husband Ryan Reynolds, 37, and the glowing actress couldn’t be happier.

Since officially announcing to the world her pregnancy, the very pregnant Lively made her red carpet debut.

Blake arrived at the God’s Love We Deliver 2014 Golden Heart Awards in New York on Thursday October, 16 ready to show off her baby belly and talk about motherhood.

The stylish star looked gorgeous in a stretch tulle gown from Michael Kors Resort 2015 collection in oleander and lilac with embroidery and discussed how she would keep her style game going through pregnancy, “I’m gonna amp up my style by wearing things that are stretchier, because that’s all that fits!”, she told People magazine.

Lively also gushed about hubby Reynolds saying how supportive and great he is, and earlier stated what a great father he will be.

Blake’s excitement for her pregnancy couldn’t be any more obvious, through her announcement and pictures of her outdoor baby shower, she is always glowing.

“It’s something that I’ve always wanted, ever since I was a little girl. I never knew what I wanted to do for a living, but I knew I wanted to have a lot of kids because I come from a big family, so that was always important to me. It’s just the excitement of finally being able to,” the actress stated.

Lively and Reynolds have been married since 2012 and met after filming the 2010 movie The Green Lantern together, however Reynolds was still married to actress Scarlett Johansson whom he divorced late in 2010.

This child will be the first for both Lively and Reynolds.