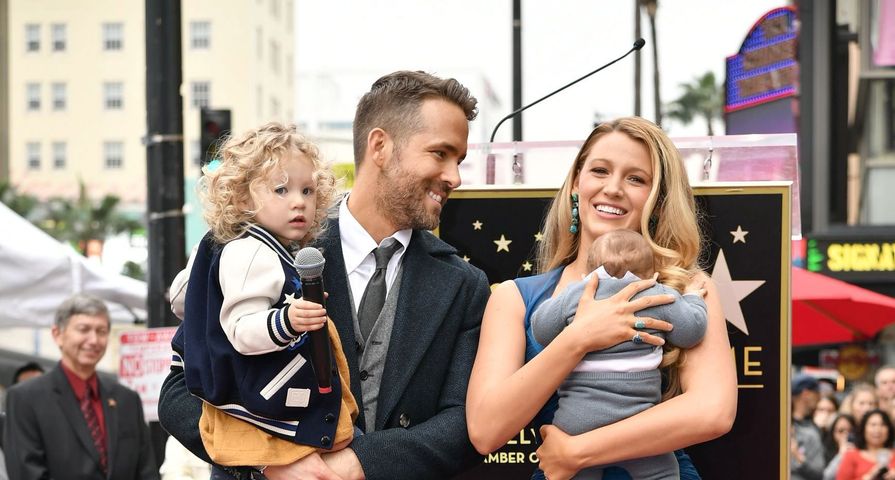 Adored Hollywood couple Blake Lively and Ryan Reynolds have worked very hard at keeping their beautiful family away from the spotlight, that is until the four made their debut at the Hollywood Walk of Fame on Thursday, December 15 when Reynolds was honored with a star.

For the first time, fans saw not only their 2-year-old daughter James, but also their newest addition: their 2-month-old baby girl who was born in September of this year. Like with James, the couple have been coy about their new baby’s name, but Us Weekly has exclusively revealed that their new daughter’s name is Ines.

There are no details of where the sources for the name came from, however.

After receiving his star, Reynolds opened up about why he and Lively chose that moment to introduce the world to their daughters, stating, “This is one of the rare occasions when we thought we got to bring the whole clan. I’d regret it in 20 years if I didn’t.” The 40-year-old of course thanked his gorgeous wife and children in his speech, saying, “I want to thank my wife, Blake, who is sitting right there, who is everything to me. You are the best thing that has ever happened to me. You make everything better. You make everything in my life better. You’ve given me two of the most incredible children I’ve ever hoped to have.”