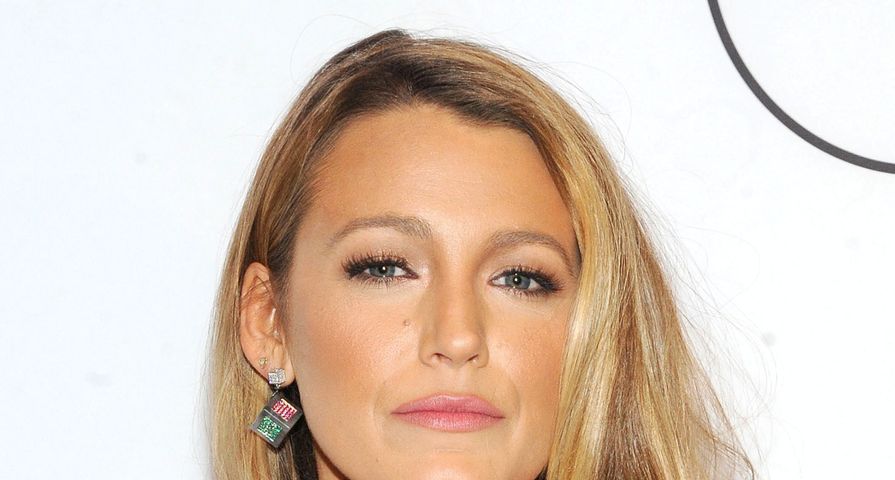 In the Fall of 2019, Blake Lively and her husband Ryan Reynolds welcomed their third daughter together, and life with their three children has been a little crazy.

On Tuesday, January 28, Blake Lively stopped by the set of Good Morning America talked about what it’s like to go from two to three children.

“It’s a lot,” Lively admitted. “People say that going from two to three, it’s the same. You know, it’s kind of easy. Those people do not have three kids. It is crazy.”

On Monday, January 27, the actress made her first post-baby red carpet appearance for her film The Rhythm Section, in New York City! She wore a stunning, black velvet gown and accessorized it with black leather gloves, high heel boots, and an emerald necklace. The appearance marked Lively’s first red carpet appearance since she and her husband, Ryan Reynolds, welcomed their third child in 2019. Instead of her husband escorting her, she brought her mother Elaine Lively and sister Robyn Lively as her dates.

Ever since the birth of their first child, the couple has prioritized keeping their family lives private, including rarely sharing pictures and not announcing their third baby’s name. Reynolds has previously said he plans to keep his three girls away from the Hollywood spotlight.

In December 2019, the actor previously told Jimmy Fallon on The Tonight Show that his daughter has caught the acting bug and he plans on squashing her acting dreams. “I was like, ‘You know what? Here’s what’s cheaper and easier. Let’s just skip showbiz and enroll you right into cocaine,'” he has joked at the time. “Because showbiz is not good for kids. I feel like we should know this by now, right? But parents everywhere are like, ‘Yeah, let’s just put them in a movie, unsupervised.'”

#BlakeLively says having three children under 6 years old is like going from “2 to 3,000!” #TheRhythmSection pic.twitter.com/FGCmrMwv1w