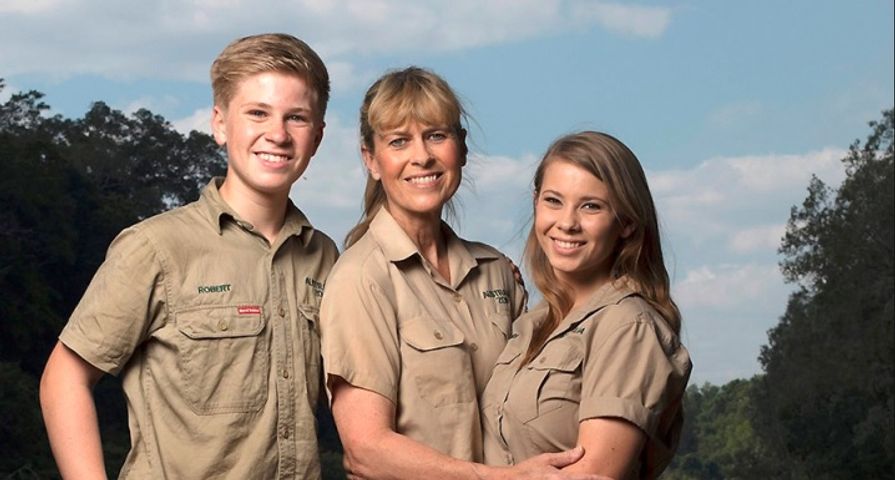 Following the sudden and tragic passing of renowned animal conservationist and Animal Planet star Steve Irwin, his wife Terri and their two child Bindi and Robert have worked incredibly hard to make sure Steve’s legacy lives on.

Now, the Irwins are following in his footsteps once again with their very own Animal Planet series, which has been in the works for quite some time. While the series was previously under the working title The Irwin Family, Bindi Irwin took to her social media on Tuesday, September 11 to share the official title and premiere date for the new series starring herself, her mother, and her brother.

“‘Crikey! It’s The Irwins!’ I am so happy to announce that our brand new Animal Planet series will be airing on October 28th.  We can’t wait to share our story with you as we continue Dad’s important work. This feels like a beautiful new life chapter. I hope to see you there,” she wrote alongside the first promo for the show.

“We’re all about carrying on in our dad’s footsteps,” Bindi says in the trailer.

“And now, you are going to be part of the Irwin family,” Robert says at the end of the trailer.

The new series will mark the first time the Irwin family has appeared together on Animal Planet in more than a decade since The Crocodile Hunter, which ran from 1996 to 2007 with Irwin passing away on September 4, 2006 after getting stung in the heart by a stingray barb.

Animal Planet and the Irwins have been working very hard on the series as it was previously announced back in 2017.

“Steve Irwin was a champion for all wildlife and he and Terri’s excitement and enthusiasm brought viewers from around the world in touch with nature,” said Patrice Andrews, General Manager of Animal Planet, in a statement. “Their passion for animals, love for their family, and leadership in conversation awareness left a strong legacy that continues today. We are thrilled to have Terri, Bindi and Robert back in the Animal Planet family.”

Terri Irwin added, “We’re excited to be returning home to Animal Planet and our Discovery Communications family. We look forward to the year ahead as we embark on new projects and adventures with Animal Planet.”