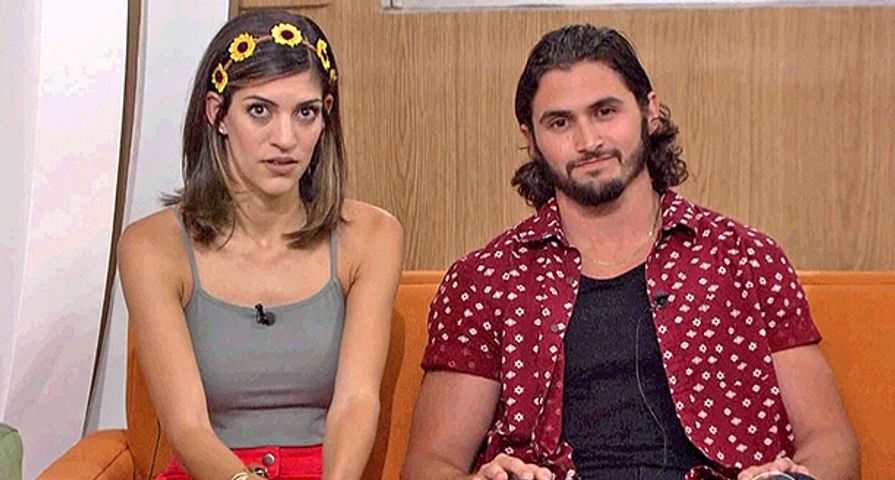 With so much Big Brother in one week, here’s a quick recap for fans who haven’t had the chance to binge watch just yet!

It seems Paulie’s plan to backdoor Victor was a success, and not too surprisingly either. Victor was oblivious, and overconfident, and he didn’t see or feel the target on his back, and continued to feed information to those trying to get him out, despite what his friend and ally, Paul (the bearded one) tried to warn him about.

In the meantime, despite the target being on Victor, Tiffany (former BB17 contestant, Vanessa’s little sister), starts her reign of paranoia. Terrified of her own eviction, she starts to show signs of fending for herself, and breaking away from the alliance that’s carried her thus far. This became painfully obvious in the POV competition, when her alliance asked her to throw in order for them to be able to backdoor Victor, Tiffany fought to win the veto for herself. However, Da’Vonne noticed, and quickly got to work on her side female-only alliance, who all agree that Tiffany is too unstable to be trusted and although Victor was evicted, this is an undertow movement worth watching.

Post-eviction, as per usual, the house goes straight into HOH competition. The teams competed and ultimately Bridgette on! Bridgette is not exactly aligned too heavily with anyone, and is easily influenced. Predictably, enter Frank (former BB14 houseguest). He quickly got to work on Bridgette, and is succeeding in his efforts. Bridgette makes her Frank-infused nominations for Tiffany and Paul.

Continuing on his power trip via manipulation, Frank won the roadkill competition giving him the power to nominate (secretly) a third houseguest. He nominates Bronte. Making Bronte, Paul, and Tiffany all on the block for eviction this week.

However, things are shifting. While Frank may have his hand in many moves in this year’s game so far, he’s also creating a target on his own back by being chauvinistic. The women are getting upset. After Frank smacks Day on the butt, she’s brought to tears, telling the diary room cameras she doesn’t ever want her daughter thinking it’s okay for a man to treat a woman that way. Frank realized he messed up, and apologizes, explaining he does these things to those he cares about (including his mother and grandmother? eww) and Da’vonne accepts his apology, kinda, but only because she was forced to play along this week. She ends with saying she will “get his a-s next week”.

The plot is really beginning to thicken with this group. Keep watching on CBS on Wednesday, Thursdays and Sunday nights to find out what happens next!