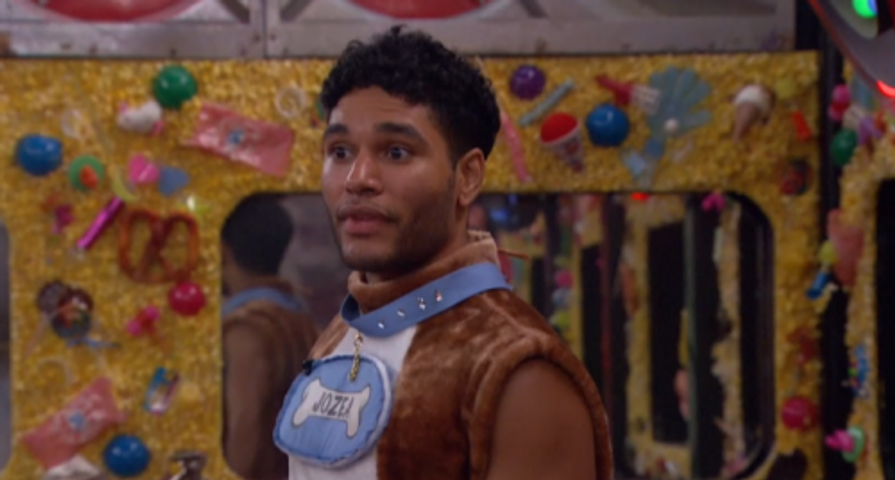 Season 18 of Big Brother has so far been a game of twists. Whether this is a ploy for ratings, drama, more competition, or whatever, the fact is, there’s a lot of them. This week we were introduced to a fourth big twist. This one to do with evicted house guests, which is no surprise given Big Brother’s love to reviving the “dead”.

After this season’s second eviction, which was boot to butt for Jozea (aka, the self proclaimed Messiah of Big Brother, hereby known as the fallen Messiah) Julie Chen announced the big twist – a battle between the first four evicted houseguests to return to the house, and get back into the game. This rarely ever works in Big Brother history, because the laws of double jeopardy. Nobody gets blood on their hands if they evict someone they already evicted once. Let’s give this a shot even though it is safe to assume this won’t really effect the game too much. The new twist is called the “Battle Back”, where the first two evicted houseguests battle against each other, the winner then advances to the next week, awaiting a new evicted houseguest to battle once again. At the end of the first four evictions, there will be one standing left to re-enter the house and stir up the drama.

Since fallen Messiah, Jozea’s exit, a new Head of Household must be crowned, as another week throws the houseguests into constant competitions once again. In last week’s HOH competition (remember they compete in teams) Team Category 4 won, and selected fresh-off-the-block Paulie (aka, Season 16’s Cody’s little bro) to be the HOH. With Paulie as HOH, he set his eviction sights on Victor (Jon Snow lookalike), however, he doesn’t do this in typical fashion.  Instead he puts up two pawns, Paul (bearded one), and Bronte (the girl who kicks butt, but looks like Blossom), but his ultimate plan is to get rid of Victor.

Then there’s that other little twist – the Big Brother Road Kill RV where contestants play Price Is Right style games to win Big Brother themed prizes, one of which is to nominate a third houseguest. Victor (this week’s target, unbenounced to him) wins, and comes back into the house and announces it to the very people trying to get him out. Big bad game play for Victor.

With POV and the third nomination yet to come, plus the Battle Back competition between Jozea and Glenn to see who advances forward, this week is sure to be one that continues to shake up the house and the houseguests poor attempts at alliances. Shouldn’t we also start seeing some showmances? As Julie Chen would say “expect the unexpected”.