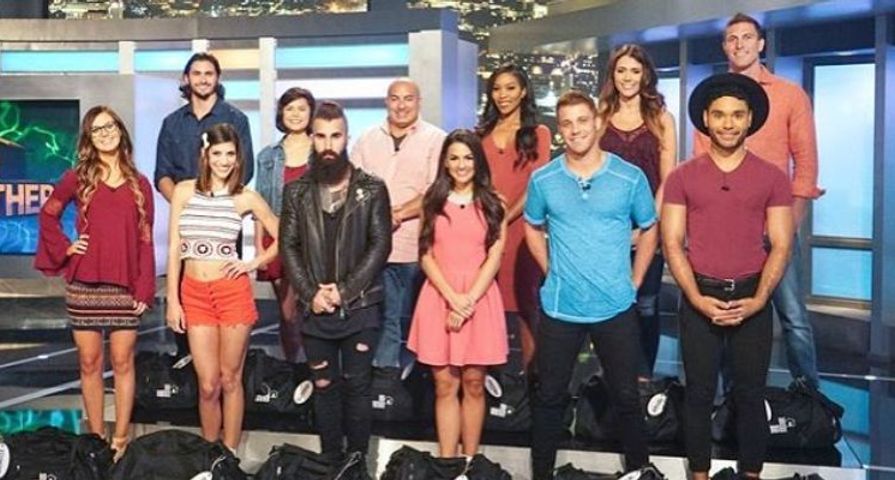 As season 18 of Big Brother kicked off last night, Julie Chen introduced us to our latest roundup of houseguests, where we we met this season’s 12 new houseguests and (they’re baaaack!)four returning houseguests. It was also revealed (in secret) that two new houseguests, were siblings to other former houseguests. Sounds complicated? Sounds like great television.

To kick off the drama, BB18 split the groups into four teams, each consisting of three newbies (new houseguests) and one veteran (returning houseguest) and put them instantly into competition. Each team brutally named themselves the following: Category Four, Team Unicorn, Team Big Sister, and The Freakazoids. Yes, really.

In the season’s first competition, teams competed against each other for cash, safety and punishment. In the end, The Freakazoids were left to battle for HOH and head straight into evictions. The team, made up of veteran player Nicole and newbies Tiffany, Corey and Glenn battled against each other to stay in the house – the loser of the HOH competition would be evicted, and the remaining three on the team, would choose the HOH.

Here’s where Big Brother is all too predictable. Fill a house with young, chiseled, hot bodies, and throw in one old dude. Put them in a physical competition – and let’s see who wins? Obviously, 51 year old dog groomer Glenn was the first evicted houseguest of BB18, and we lost our token old guy.  With remaining three teammates Tiffany, Corey and Nicole now all up to determining an HOH, Nicole (veteran from Big Brother Season 16) gets to work on manipulating Corey making him seem like quite possibly the biggest gullible player in Big Brother history, while Nicole was left saying “I feel like this conversation is going exactly how I want it to. Yay, me!”

In the end, Nicole succeeded in her masterminding, and became BB18’s first Head of Household, a massive win for the Big Brother veterans – who have made an alliance despite their team statuses. With the house now turned on it’s head, Nicole continued to wheel and deal, making a deal with Paulie (brother of Season 16’s Cody) along with her fellow veterans. Nicole was slightly hesitant noting “Cody [Paulie’s brother] did vote me out twice.”. So with Paulie as her pawn, Nicole made her first official target out of Jozea. Jozea took it almost as a compliment saying “I’m not surprised. She was a snake her season, and she’s a snake this season.”.

So will the veterans succeed in their first game move? Or will the hot pawn accidentally be sent packing? This season is just getting heated up, and the drama is on fire.