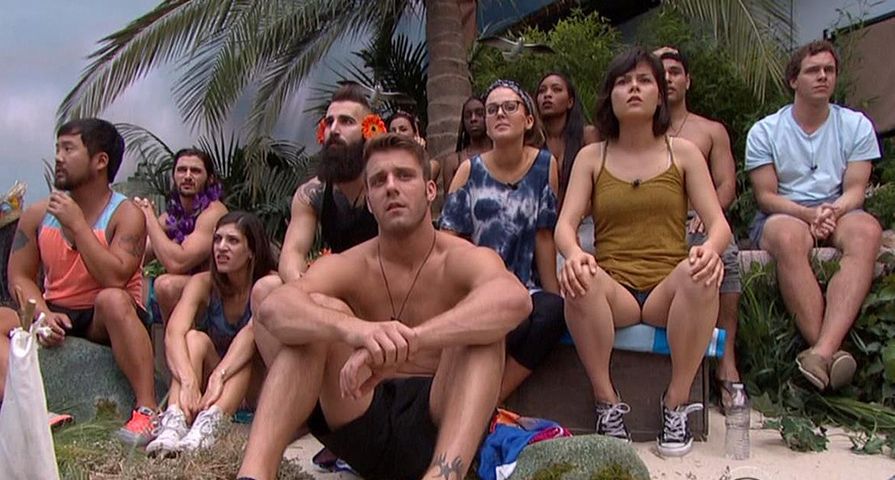 As the summer begins, and TV shows go into repeats, there’s always one guilty pleasure to get you through the summer months – and that’s Big Brother. Big Brother returns this year for it’s 18th season (yes, 18th!!) and each year producers do something to gain new viewers, and bring back old ones. They do that, with twists. Season 18 did not disappoint.

Season 18 has multiple twists. Really, we should have seen the first one coming when they revealed only twelve houseguests in initial promotions for the show. When the initial twelve houseguests arrived and were introduced, we met the other four, and Season 18’s newest twist – returning houseguests.

This season brought back Season 16‘s Nicole Franzel, Season 17‘s James Huling and Da’Vonne Rogers, and Season 14‘s Frank Eudy. Typically when returning guests come into a new group, the “newbies” will fight for higher ground, aligning themselves as one while the returning guests spin tales and promises to gain allegiance with numbers amongst new houseguests. Survival of the fittest (or most talented at lying, crying, backstabbing).

Twist two puts a wrench into typical merging of old and new houseguests, and that’s because twist two splits the houseguests into four teams. Each team must have one returning houseguest on their team, and they must work with them in winning competitions. So will the teams work as allies, or will the teams cross enemy lines to create alliances between “newbies” and “returners”? Time will tell.

While this isn’t exactly a third twist, there’s one more mentionable when it comes to Season 18, and that’s previous houseguests who have siblings on this season. Tiffany Rousso, is Season 17’s notorious Vanessa (professional poker player, part time cry baby) and Paul Calafiore, brother of Season 16’s runner up, Corey. Will the returning houseguests recognize the siblings of their former housemates. and if so will it cause problems?

Tune into CBS Wednesdays, Thursdays and Sundays to get your complete BB18 fill, or come back here for the gossip.