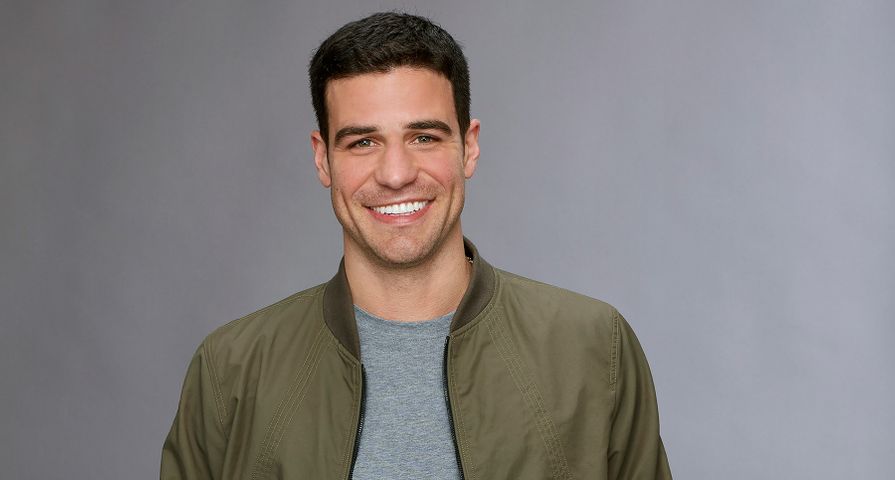 In no time at all, the full cast for season 27 of Dancing With the Stars season 27 will be announced on Good Morning America, but until then ABC and DWTS have confirmed the third star who will be competing this season.

Joe Amabile aka “Grocery Store Joe” who found fame on the most recent seasons of The Bachelorette and Bachelor in Paradise is going to be testing his dancefloor talents!

The big announcement for Joe was made by Bachelor in Paradise host Chris Harrison during the season five finale on Tuesday, September 11. “It’s a good opportunity. Why not do it?” Amabile told PEOPLE.

“I don’t know how to dance. I don’t remember the last season I saw but it was probably a couple years ago. If I watch now, I’ll psych myself out. It will be really bad. I’ll probably be throwing up,” he added.

While obviously the opportunity had been discussed earlier, ABC tied its two shows together by using Harrison to offer Amabile a spot on this season of Dancing With the Stars as a way to be closer to Kendall Long whom he found a romance with on Bachelor in Paradise.

“We’re offering you a spot on Dancing with the Stars next season so you guys can be in the same city. What do you say?” Harrison asked.

“Okay, yeah, I’ll do it,” Amabile replied as Long cheered.

While Amabile’s pro partner has not been revealed just yet, he is going to be joining former Facts of Life actress Nancy McKeon, who was the first star to be confirmed for the season and will be dancing with pro Val Chmerkovskiy, as well as Disney Channel star Milo Manheim who was confirmed to be the season’s youngest competitor and will be dancing with Witney Carson.