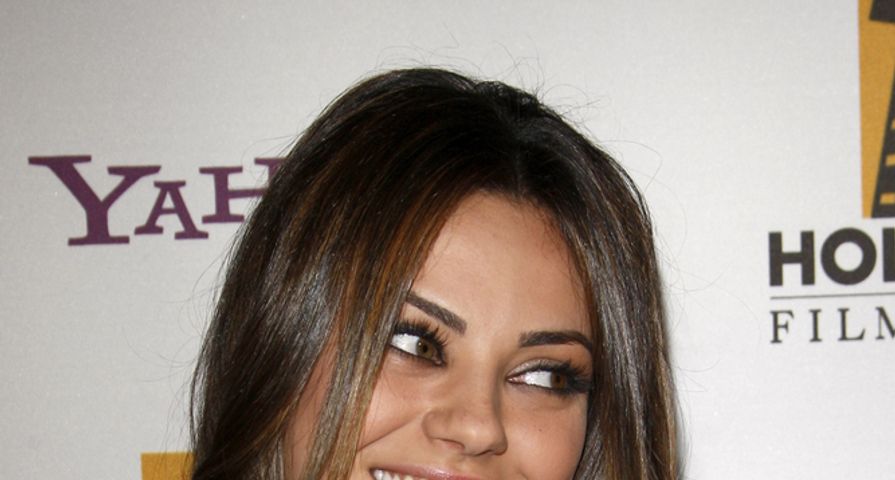 Helga Esteb / Shutterstock.comAshton Kutcher and Mila Kunis are getting pretty serious – and Ashton isn’t shy about showing it off.

In a new photo posted to his Twitter account, Ashton and Mila are making out under a neon light and captioned it “Sunset.” It’s a bit dark, but also romantic — check out the video to see the steamy photo!

The social media sharing is a bit surprising, given that Ashton and Mila have been shy lately when spotted out in public by reporters and photographers.

Earlier this year, Ashton said in an interview that he’s making a specific effort to keep his relationship with Mila private; he learned the hard way (with his marriage to Demi Moore) that being too open with the public can be detrimental to a relationship. Perhaps he’s so in love that he’s letting some of that go.

Meanwhile, Mila wasn’t afraid to say in her own interview this  year that “love is wonderful.” The former That 70s Show co-stars have been friends for years, but only started dating in April of 2012.

Recently, Mila went to St. Petersburg, FL to attend her brother’s wedding as a gorgeous bridesmaid – and took Ashton as her date, of course. Ashton is apparently considered to be a family member of Mila’s  – so perhaps they’ll be walking down the aisle themselves sometime soon?

Check out the video to see the kiss – and catch a glimpse of Ashton and Mila giving photographers a piece of their minds!